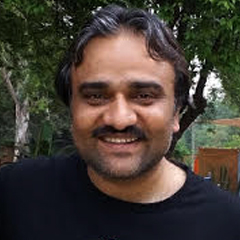 Social security is one of the most important socioeconomic systems for a country in modern times. To establish and improve a social security system corresponding to the level of economic development is a logical requirement for coordinated economic and social development. It is also an important guarantee for the social stability and the long-term political stability of a country.

It is widely realised that China is approaching a development stage where social security plays a more important role than before in terms of stimulating economic growth, equalising income distribution, alleviating poverty and maintaining social stability. The Constitution of the People’s Republic of China stipulates that the state shall establish and improve a social security system corresponding to the level of economic development. The Chinese government regards economic development as the basic prerequisite for improving people’s livelihood and effecting social security. China is the biggest developing country with a large population in the world, and its economic base is weak and the development between regions and between town and country is unbalanced. Establishing a sound social security system in China is an extremely arduous task. Social and economic challenges facing China include widening income inequality, poverty, unemployment, dramatic declining consumption propensity, rising social conflicts and social instability. These challenges, no doubt, have to be recognised and dealt with in the Five-Years Programme. China’s social security system includes social insurance, social welfare, the special care and placement system, social relief and housing services. As the core of the social security system, social insurance includes old-age insurance, unemployment insurance, medical insurance, work-related injury insurance and maternity insurance.

China is now an aging society. As the aging of the population quickens, the number of elderly people is becoming very large. This trend will reach its peak in the 2030s. To guarantee the basic living standards of the elderly and safeguard their legitimate rights and interests, Chinese government has continuously improved the old-age insurance system and reformed the fund-raising mode in an attempt to establish a multi-level old-age insurance system marked by sustainable development. As the aging of the population quickens and the number of retirees steadily increases, the pressure on the payment of funds for basic old-age insurance is becoming ever greater. In order to make sure that basic pensions are paid in full and on time, Chinese government is raising such funds through multiple channels.

Chinese government has made great efforts to establish an insurance system for work-related injuries that includes work-related injury prevention, compensation and recovery. After January 2004, when the “Regulations on Insurance for Work-related Injuries” went into effect, the coverage of such insurance has expanded rapidly. By the end of June 2004, as many as 49.96 million employees had underwritten this insurance scheme. In 1988, the state introduced a reform of the maternity insurance system in some areas. At the end of 2003, there were 36.55 million employees covered by maternity insurance. In the year of 2003, 360,000 employees received maternity insurance benefits. Chinese government actively promotes the development of social welfare, raising funds through various channels to provide social welfare benefits for the elderly, orphans and the disabled.

The state has set up an emergency system and a social relief system to deal with abrupt natural disasters. Taking people’s lives as the most important thing, government has made timely efforts to save and evacuate disaster-stricken people, and to lead them to engage in self-relief production and mutual help. In this connection, government has also mobilised all social sectors to render help, so as to minimise as much as possible the casualties and property losses brought about by natural disasters, and to ensure that disaster victims can have adequate food, clothing and lodging, and access to medical treatment. Governments at all levels have enlisted expenditure in their budgets for the storage of disaster-relief materials and for evacuating victims. In 2003, the expenditure for such purposes from governments at various levels reached 5.31 billion yuan, of which 4.05 billion yuan came from the central government.

Chinese government actively promotes the development of an urban housing security system, which includes mainly the system of publicly accumulated housing funds, the system of generally affordable and functional housing, and the low-rent housing system for the purpose of unremittingly improving urban residents’ housing conditions. By the end of 2003, the average floor space had reached 23.7 square metre per capita for urban residents.

China’s success in poverty reduction is the result of a combination of factors, including strong economic growth, attention to antipoverty programmes, and improved access to social services and social protection. Establishing a comprehensive social protection system has been key for China’s successful poverty reduction. The Dibao programme, which provides cash to China’s needy, is the backbone of the system. It is also the largest programme of its kind in the world. President Xi Jinping’s administration announced that it would create a comprehensive protection system for the whole nation. It is a Chinese dream.

The writer is a PhD candidate at the Quaid-e-Azam University, Islamabad