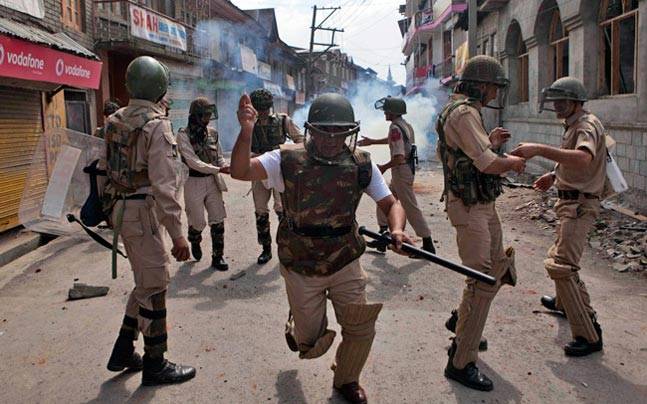 According to Kashmir Media Service (KMS), Farooq Abdullah addressing party functionaries in Ganderbal, said the communal forces, under the smokescreen of electoral redistricting, are gerrymandering to politically isolate the true representatives of Kashmir.

Ridiculing the BJP’s remarks that PAGD’s white paper is a desperate attempt to regain lost power in IIOJK, Farooq Abdullah said the BJP and its local proxies who perversely are endeavoring to grab power, themselves fit the description.

“People know who is desperate to grab power. Everything is before them. We are not in politics to grab power, but to protect the political, cultural, and economic interests of the people of Jammu and Kashmir. Knowing that they cannot swoop in to grab power through democratic means, BJP and its proxies are engineering defections by employing perverse tactics. Today the youth of Jammu, Pir Panjal, Chenab, and Kashmir are disenchanted. BJP’s self-styled version of Naya Kashmir has so far only entailed falsehood and deceit,” he said.

The formation of PAGD, he said, was the redefining moment in the history of Jammu and Kashmir. “NC is not up for petty electoral gains. I along with other constituent members of PAGD are working for a much larger cause and purpose to restore J&Ks abridged constitutional and democratic rights,” he added.