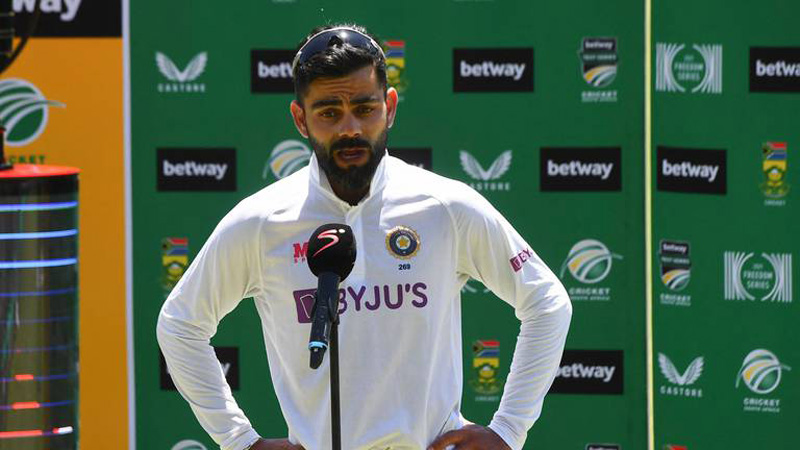 Mohali, India: Cheering fans in Virat Kohli shirts and face paints jostled to get inside India’s Mohali Stadium on Friday for the superstar cricketer and national hero’s 100th Test match.

Kohli is one of the best batsmen of the modern game and until stepping down as skipper in January — but remaining a player — was India’s most successful Test captain.

“We came here for Virat and hope he scores a century in his 100th Test,” Rhythm said as he and his friends chanted Kohli’s name ahead of the start of the match against Sri Lanka.

“He is star number one. He might not be the captain now but will always be the best leader India has ever had,” the 21-year-old fan, who goes by only one name, told AFP.

Vendors outside the ground did a brisk trade, selling India caps, flags and shirts for around $1-2, and Kohli’s number 18 jersey was the top pick.

“Kohli’s T-shirts have always been the best seller and get us good money,” Ram Kishan, who has been selling merchandise for over a decade, told AFP.

“Rohit’s 45 number shirt is also popular among the boys. I am happy the crowds are back and Kohli’s century has made it special too,” he said, referring to India’s new captain Rohit Sharma.

The landmark game was set to be held behind closed doors because of the pandemic but authorities had a last-minute change of heart, allowing 50-percent capacity. Almost all the tickets were sold out.

Delhi boy Kohli, the 12th Indian to play 100 Tests or more, played his first in 2011 and had big shoes to fill when he replaced living legend MS Dhoni in Australia in 2014.

However, he made an instant impact, driving India up the world Test rankings, transforming the side into one that could win anywhere, and becoming a fan favorite.

His on-field aggression and frequent run-ins with opposing players and umpires alike did nothing to harm his immense popularity.

The end to his captaincy began last year after a disastrous T20 World Cup that saw India thrashed by archrivals Pakistan and fail to make the knockout stage.

He left the T20 captaincy, was sacked as ODI skipper, and after a public falling out with the head of the Indian cricket board and a series loss in South Africa resigned as Test leader in January.

But fan Gurmeet Singh, who claims to have watched Kohli’s innings of 67 not out in Mohali in 2013 against Michael Clarke’s Australia, said Kohli will always hold a special place.

“What we watched in that summer of 2013 was class and it was the beginning of Kohli’s stardom,” Singh told AFP as he queued to collect his ticket.

“He is a special player and has got India many wins and hopefully will continue to do so.”