Opp exposing itself by indulging in politics of anarchy: Buzdar 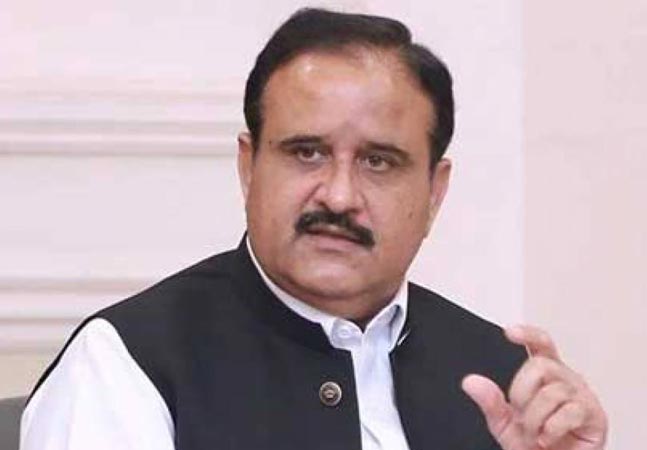 Punjab Chief Minister Sardar Usman has said the Pakistan Tehreek-e-Insaf (PTI) government is taking very possible step to provide relief to masses, whereas the opposition, by indulging in politics of anarchy, is exposing itself.

He said that no-trust move holds no weightage, as the opposition neither had majority in number-game earlier nor it would have now.

He was talking to parliamentarians, who called on him at the Chief Minister’s Office here on Thursday. Matters of mutual interest, development projects and political affairs came under discussion in the meeting.

He denounced that the elements doing politics of unrest only wanted to impede progress in the country. He vowed that the PTI government would steadfastly foil the undemocratic designs of the opposition.

Punjab Chief Minister Sardar Usman Buzdar has ordered for developing tourist spots in far-flung areas, in collaboration with the private sector, saying that touristic attractions in such areas would help develop the sector on sound-footing.

He was chairing a meeting, which was attended by Special Assistant to Chief Minister (SACM) Hasaan Khawar, secretary tourism and others.

A detailed briefing was given to participants about the steps being taken for promotion of tourism.

The chief minister ordered for restoring the antiquated yacht at Kot Mithan for the sightseers. The development budget for tourism had been increased from Rs 730 million to Rs 2 billion and tourist spots would also be established at Head Taunsa and Kala Bagh, along with the start of desert sports in Thal, Bhakkar and Fort Abbas, he concluded.

He also distributed shields among the best performing officials and extended congratulations to Punjab Education Minister Murad Raas and his team, as a new era of digital transformation has started.

The CM mentioned that reformation of health and education sectors was a priority of the Pakistan Tehreek-e-Insaf (PTI) government and attention was being paid to improving organisational quality, governance and access to data as verified and updated data was the vital component of policy formulation.

There was a need to integrate the diverse data of schools, teachers and students into a single platform for better decision making, he said adding that 140 TB data could be stored in this modern data centre.

The CM pointed out that a 60 per cent decrease would be possible in the annual expense of existing IT infrastructure through the data centre. Similarly, the facility would also be helpful to run ‘Taleem Ghar’ and ‘Insaf Academy’ in an effective manner, he added and noted that this would also ensure province-wide data management.

Earlier, the education minister briefed about salient features of the data centre.