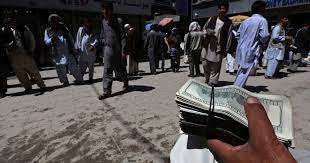 ISLAMABAD: SAARC Chamber of Commerce and Industry Thursday urged the world especially the US and European Union to extend greater financial assistance for the people of Afghanistan in order to fulfill their financial requirements to avert the looming humanitarian crisis.

President SAARC Chamber Iftikhar Ali Malik while talking to a delegation of traders from South Punjab led by former Vice President Federation of Pakistan Chamber of Commerce Chaudhary Zahid Iqbal Arain said it is better to engage Afghanistan and slowly bring it back to the mainstream instead of trying to weaken it through unjustified and unwarranted unilateral sanctions.

He said the US and entire EU is on one page of the issue of the Russian attack on Ukraine and why not on Afghanistan for lifting sanctions and unlocking its billions of dollar frozen foreign reserves to make their comfortable as poor and depressed Afghans are sacrificing their organs to feed their families especially children majority of which treated malnutrition.

He said the situation in Afghanistan has not turned out to be what the US and its allies would have preferred, but it does not mean that the people of Afghanistan should face the brunt of international ire. He said they have already suffered enough through decades of conflict and deserves to retain to a semblance of normalcy.

Iftikhar Ali Malik was of the considered opinion that the issue of recognizing Taliban as the legitimate government of Afghanistan should therefore be brought back to table without any delay. He said the UN and Prime Minister of has also been warning of looming threat of humanitarian crisis in Afghanistan in the absence of a formal way of getting financial aid to the people.

Chaudhry Zahid Iqbal Arain said the Taliban can facilitate this by letting go of their obduracy and fulfilling the genuine requirements of the international community.He said they must show through their actions that they are protecting and promoting the rights of women and minorities and taking steps that prove that they are ready to join the global mainstream.

He said although the US has partially eased flow of humanitarian assistance and commercial activities which will allow financial institutions,NGOs  and private sector companies to have transactions with Afghanistan as long as they comply with the sanctions.

He said Prime Minister Imran Khan has also been raising these concerns during all his international visits by reminding the world for immediate addressing the Afghan issue on to priority to give peace a chance to prevail in the region which ultimately will promise durable tranquility in the world.