‘Badzaat’ — a story of love, pain and hope is what 7th Sky Entertainment has in store for us 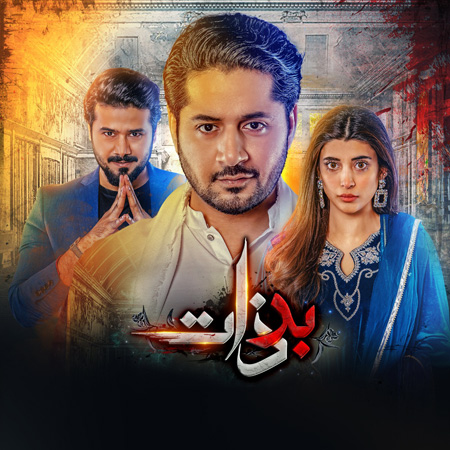 Seventh Sky Entertainment, under the banner of Abdullah Kadwani and Asad Qureshi are bringing to us yet another passion project – ‘Badzaat.’

The story is packed with a love triangle along with deep rooted family issues that start coming to the surface. Written by Misbah Nosheen and directed by Siraj-Ul-Haq.

Wali and Daniyal are portrayed as cousins yet their differences create havoc. Wali is someone who is learning to accept mistakes and correct them while Daniyal is the complete opposite.

Anabia being young and innocent will get stuck in this web of conflict and family feuds.

A drama packed with lots of emotions and family values at stake.

With many power projects such as Khaani, Fitoor, Rang Mahal, Khuda Aur Mohabat and more, 7th Sky Entertainment is all about bringing those societal issues that much need to be highlighted.

Badzaat is another addition to their golden list of highly acclaimed dramas on-air at the moment.