Belarus votes to give up non-nuclear status 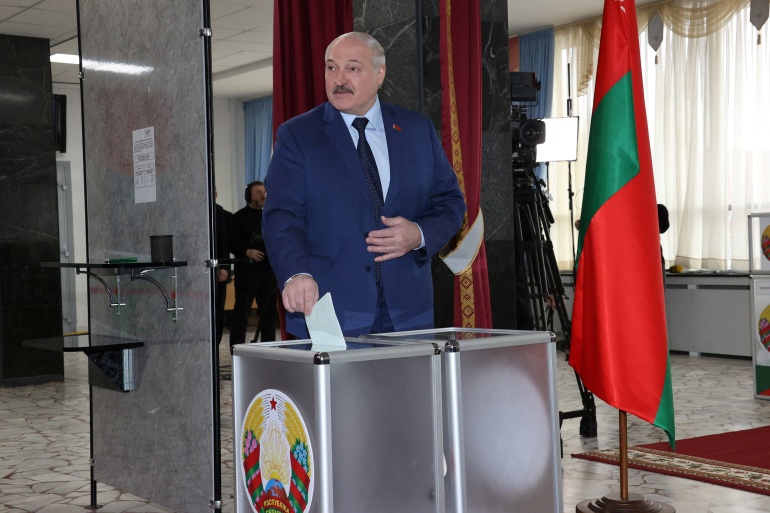 According to Karpenko, voter turnout stood at 78.63 percent.

To come into force, the amendments need to receive at least 50 percent of the vote with a turnout of over half the electorate.

Lukashenko, who has been in power since 1994, promised the referendum in the wake of historic protests against his disputed re-election in 2020.

By amending the constitution Lukashenko, 67, follows in the footsteps of Russian President Vladimir Putin, who in 2020 oversaw a vote on constitutional changes that made it possible for him to remain in power until 2036.

The constitutional changes also grant immunity to former leaders for crimes committed during their term in office.

Russia is a key ally of Belarus and last week Lukashenko allowed Russian troops to use Belarusian territory to invade Ukraine from the north.

Belarus inherited a number of Soviet nuclear warheads following the break-up of the USSR in 1991, according to the Nuclear Threat Initiative think tank, which it then transferred to Russia.

Lukashenko first floated possible changes after a presidential vote in August 2020 sparked unprecedented demonstrations that were met with a brutal crackdown.

He claimed a sixth term in the vote and imprisoned leading opposition figures, while his main rival Svetlana Tikhanovskaya was forced to seek refuge in neighbouring Lithuania.

The amendments would reinstate presidential term limits — previously ditched by Lukashenko — to two five-year terms, but they would only apply to the next elected president.

Were Lukashenko to put himself forward as a candidate for re-election in 2025, he could remain in power for an additional ten years.

Tikhanovskaya’s office in Lithuania has hit out at the vote, saying that a sweeping crackdown on any dissenting voices since the 2020 election made any real discussion of the proposals impossible.