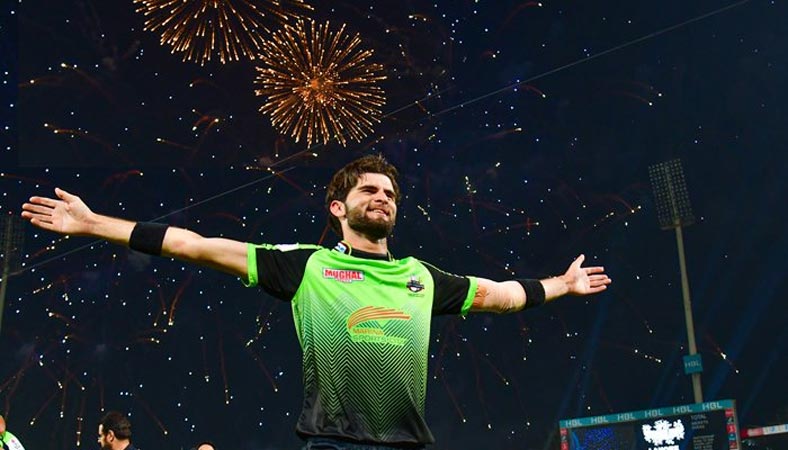 Hafeez then chipped in with wickets of in-form opener Mohammad Rizwan (14) and Aamer Azmat (six) to bowl the defending champions for 138 in 19.3 overs.

Once the league’s eternal wooden-spoon — finishing last in the first four editions before reaching the final in 2020 — Qalandars finally completed the set of winners. All six teams have now won the league.

When Shan Masood was run out by a direct throw from Fakhar Zaman for 19 Qalandars had got rid of the prolific rival opening pair and sensed they can win.

From 63-5, Tim David (27) and Khushdil Shah (32) gave the champions hope, but Qalandar skipper Shaheen Shah Afridi sealed the win with wickets of David and David Willey (nought) to finish with 3-30.

Shaheen finished as top wicket-taker in the league with 20. 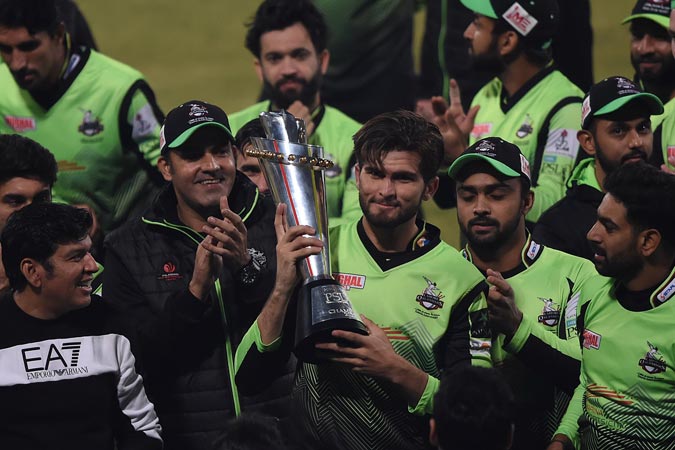 The winners get a glittering trophy and a purse of 500,000 US dollars while Sultans received a runners-up purse of 200,00 dollars.

Earlier, Hafeez struck nine boundaries and a six during his knock, lifting Qalandars from a struggling 25-3 during a fourth wickets stand of 54 with Kamran Ghulam (15) and another 58 for the next with Harry Brook who made a fiery 22-ball 41 not out.

Brook, who smashed three sixes and two fours, took 77 in the last five overs with David Wiese partnering through his eight-ball 28 not out, spiced with three sixes and a boundary.

Islamabad United and Peshawar Zalmi were the two other teams to qualify for the play-offs while Kings and Gladiators bowed out in first round.

Despite the loss, Mohammad Rizwan’s stunning and consistent performance earned him another rich reward when he was adjudged the Player of PSL 7.

Rizwan remained a reliable top-order batter for Multan Sultans when he finished the tournament with 546 runs at a strike rate of 126.68 and inspired his side to the final after winning nine out of 10 league matches.

Rizwan also collected the wicketkeeper of the PSL 2022 award. In 12 matches, he accounted for nine batters behind the stumps.

Earlier in the year, Rizwan was declared the Most Valuable Cricketer as well as T20I Cricketer as part of the PCB Awards 2021.

Lahore Qalandars Fakhar Zaman and Shadab Khan of Islamabad United were adjudged the best batter and bowler, respectively. Fakhar scored 588 runs (1×100, 7×50) at a strike rate of 153, while Shadab Khan ended the tournament with 19 wickets in nine matches with an economy rate of 6.47. The wrist-spinner had two four-fers and a five-fer. Khushdil Shah of the Sultans was declared as the All-rounder of PSL 2022 for his 153 runs at a strike rate of 182 and 16 wickets with an economy rate of 6.9. He also added the Fielder of PSL 2022 award to his collection.

Qalandars’ Zaman Khan was named as the Emerging Cricketer of PSL 2022 after he grabbed 18 wickets. Rashid Riaz was selected by the match officials as the Umpire of HBL PSL 2022, while Sultans were declared winners of the Spirit of Cricket award.