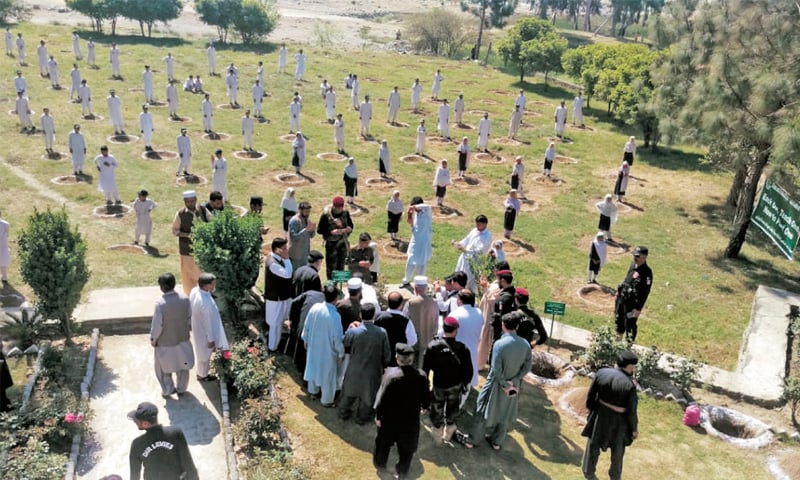 On this occasion, the minister was briefed in detail about the tree plantation campaign of the Authority. He met with the representatives of Horticulture Department of PDA and urged them to make the tree planting campaign successful.

Faisal Amin Gandapur said that one billion trees were planted under the Billion Tree Tsunami in Khyber Pakhtunkhwa during the first tenure of PTI-led government. He said that the efforts were highly acknowledged and appreciated globally, while then, he maintained, a more extensive and enthusiastic plan of 10 billion trees was kicked off by the government at the Center that is moving ahead successfully. He said that the success of this campaign would help protect Pakistan from the negative effects of global warming.

Expressing satisfaction over the tree plantation campaign of PDA, the minister said that unlike in the past, now every one of our institutions planted millions of trees throughout the year, the positive results of which are beginning to appear in the form of continuous rains, he added. He expressed the confidence that all the departments including the Local Government and Environment would encourage and promote tree plantation with missionary spirit and ensure full participation of the people in the campaign to make it popular among the gross roots. He clarified that without public participation and benevolent ownership of the masses, neither the tree plantation nor any campaign could be made successful.