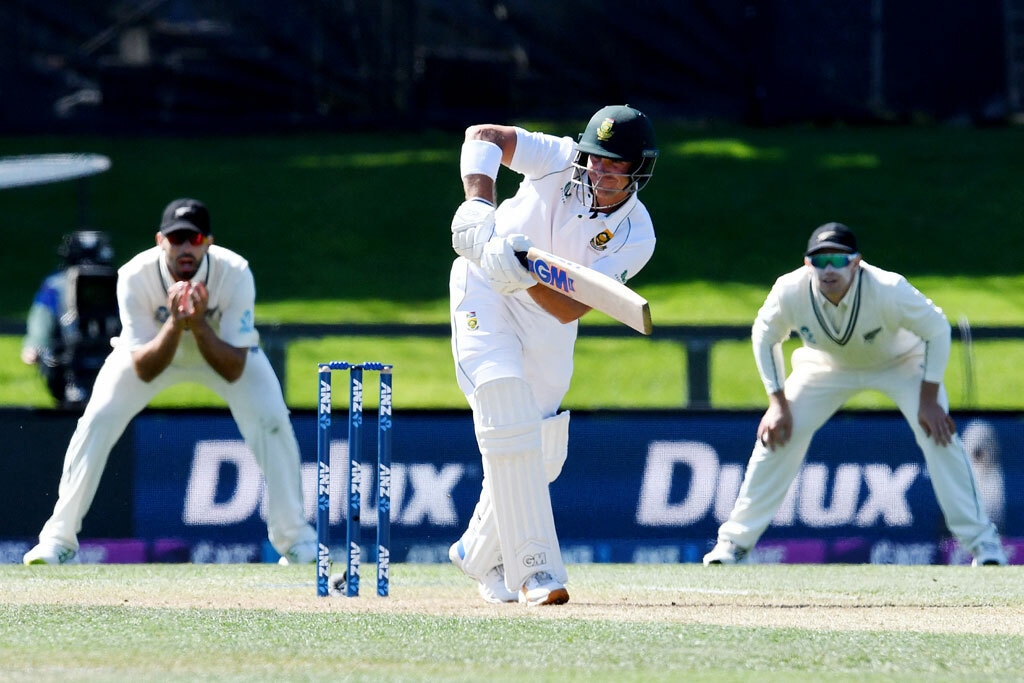 Christchurch, New Zealand: Sarel Erwee posted his maiden Test century as South Africa reached 163 for one at tea on day one of the second Test against New Zealand in Christchurch on Friday.

The 32-year-old Erwee, who made his Test debut last week on the same ground, was on 100 at the end of the second session with Aiden Markram on 16.

Dean Elgar was the sole wicket to fall for 41 after he and Erwee had put on 111 in South Africa’s first-century opening partnership in 16 innings, and first away from home in 10 years.

Elgar was surprised at the start of the day when he won the toss and elected to bowl, the first captain to do so in 11 Tests at Hagley Oval, where the customary green-tinged wicket favors seamers on an opening day.

On a surface, less green than in the first Test when his team was trounced in seven sessions, the South African captain backed up his bold decision by clipping Tim Southee to the fine-leg boundary with the first ball of the match.

Erwee, who had scores of 10 and naught on his debut, took his time settling in and was on five after 30 deliveries before he started to open up.

He brought up his 50 with a four in the final over before lunch and another boundary soon after the resumption sealed the century stand with Elgar.

With the 13th four of his innings, Erwee reached 100 in the last over before tea.

Elgar, who weathered a fine spell of swing bowling from Southee early in his innings, looked comfortable until he was beaten by a delivery that swung in then nipped away to collect the off-stump.