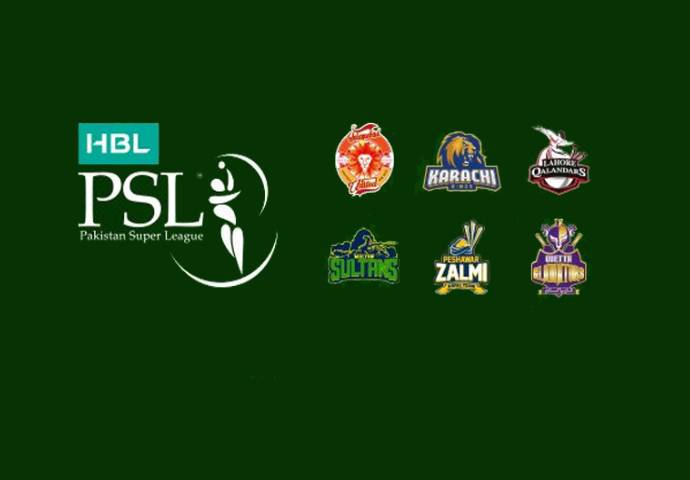 LAHORE: Sports are a great pacifier and they have unified societies from the Greeks to the present day. The iconic sporting heroes are idolized and held in veneration by the nations above their cast or creed.

A sport helps nations to forget the rancor of bilateral conflicts with friendly competition. Cricket is such a sport that has provided a distinct identity to Pakistan and earned universal fame through the feats of its cricketers.

The HBL Pakistan Super League (PSL) has emerged as a marquee event of the Pakistan Cricket Board (PCB) and earned the country fresh talent, plaudits, revenue, and goodwill globally. The league has also been instrumental in promoting the soft image of Pakistan, hitherto, tarnished by the regional political scenario.

HBL PSL is ranked among the top cricket leagues of the world today and the 7th edition of the league has gained more international audiences through extensive broadcast rights to the television networks across all continents. This has enabled Pakistan cricket to reach audiences far and wide across the globe.

The cricket league has brought cricket back to the Pakistan stadiums for the cricket-hungry local fans and has been pivotal in bringing around the world that Pakistan is a safe haven for cricket, trade, and tourism. Pakistan flaunts a rich cultural heritage and a millennia-old civilization for the world and HBL PSL has been the right occasion to showcase all this to the world audience.

Highlighting the globally famed truck-art of Pakistan, a commentary booth was set up in a truck at Gaddafi stadium during the HBL PSL 7 which won the attention of the audiences globally. Cricket presenter from Australia Erin Holland, along with New Zealand cricketer-turned commentator Danny Morrison, was seen riding an auto-rickshaw – a three-wheeled urban vehicle used in tropical countries, on the stadium lawns. The rickshaw was also painted in truck art design and caught the attention of the spectators as well as the television audiences.

PCB’s ‘Hamaray Heroes’ (Our Heroes) – launched during the HBL PSL 2020, is another initiative that has promoted the soft image of the country by rewarding talented unsung Pakistani heroes who excelled in various walks of life including sports, education, healthcare, art, culture, music, social work, social entrepreneurship, and technology. These people are introduced to the world at a presentation ceremony during the 34 matches of the league. Their achievements present an insight into the immense talent Pakistan has in every field of life and help explode the myth of an extremist Pakistan.

Senior Sports correspondent Muhammad Yaqoob believes sports have played a formative role in dispelling the negative propaganda against Pakistan globally, adding that HBL PSL is a catalyst in promoting the soft image of the country.

He expressed the hope the HBL PSL and other sports will open up new doors of awareness to the world towards our heritage and historicity once the country overcomes the Covid-19 challenge.

Director General (DG) Walled City Lahore Authority (WCLA) Kamran Lashari has hailed the idea of promoting cityscape and culture through truck art and rickshaws by making them part of embellishments at the Gaddafi Stadium during the Pakistan Super League 2022, adding the effort will go a long way in promoting tourism and soft image of the country.

The former civil servant, who has worked hard for the renaissance of the walled city, said it was pleasing for the art connoisseur to see one of the commentary booths adorned with truck art which has created a distinct identity for Pakistan across the globe, adding that the WCLA was ready to work in collaboration with the Pakistan Cricket Board (PCB) to promote the cultural heritage of Lahore with the touring cricketers.

The DG WCLA said it was very important to capture such moments, like an international cricket league, for the cultural pride of the city and the WCLA will be pleased to offer packaged tours of the Lahore Fort and the Walled City for the cricket teams.