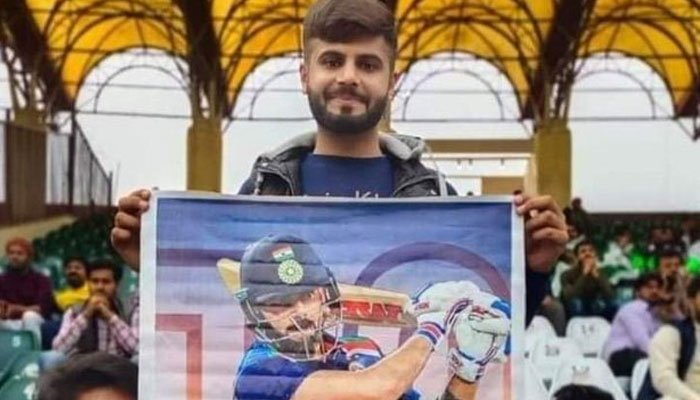 Cricket lovers hang tight for this league to observe some great cricket in their country. While the association exhibits worldwide and local abilities and talent, there is still some void among the fans as they wish Indian cricketers also could visit Pakistan.

As of late, among a few fans at the Gaddafi Stadium, a cricket lover was seen with a poster of Indian player Virat Kohli.

“I need to see your century in Pakistan,” the poster banner read.

Virat Kohli, who is one of the most-watched players in the current yield of cricketers, has scored 70 centuries in worldwide cricket. Out of the 70, 43 of them were in ODIs and 27 in tests. It has been over a long time since the previous India commander has scored a century in any worldwide match.

The run-through has caught the eyes of each analyst, previous cricketer, and fan. The last time Kohli had scored a century was on November 23, 2019, at the Eden Gardens in Kolkata against the West Indies in a day and night Test match.