Fashion at the figure skating: Best looks of Beijing 2022 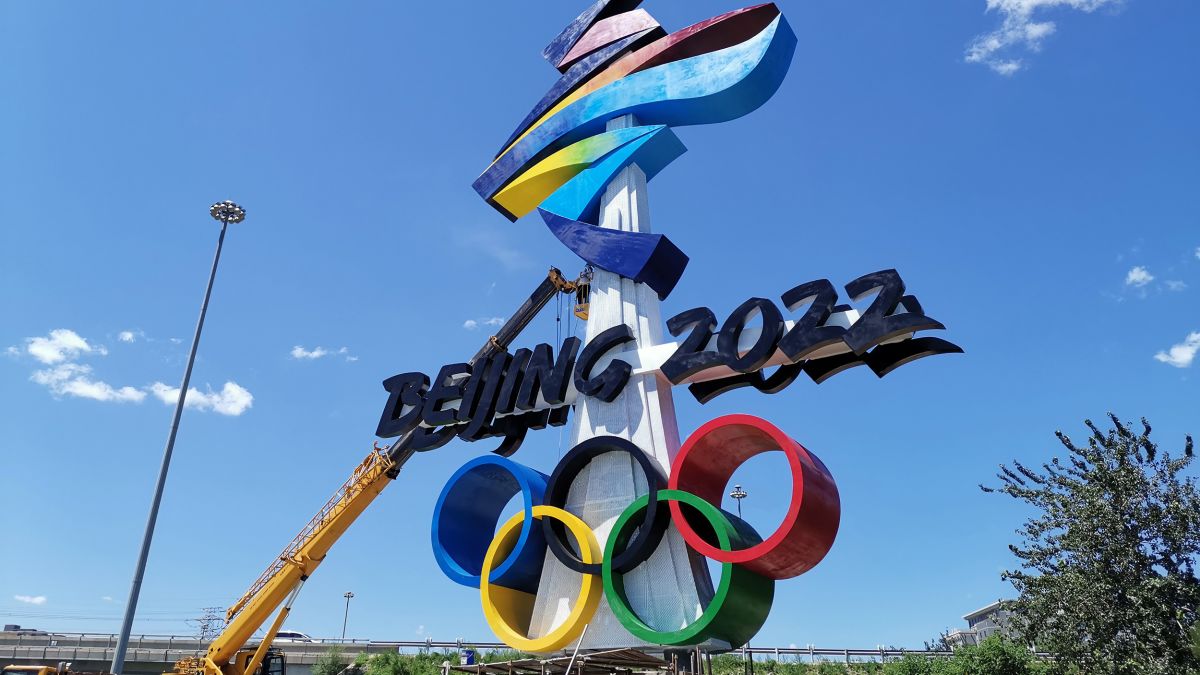 Beijing: There aren’t many Olympic sports that involve sequins, leather and spandex. But figure skating is the notable exception, with the rink a kaleidoscopic disco of glitter and glamour. Here’s AFP’s pick of some of the most interesting costumes from the Beijing Olympics:

There were two Elton John programs at the Beijing Games — but with very different sartorial interpretations.

Canada’s Paul Poirier and Piper Gilles turned up to the ice dance in matching fluorescent orange unitards, an homage to John’s own notoriously flamboyant style.

“You walk out and people are like, ‘You guys are like a sunset’,” Gilles told the Washington Post. Asked by the Post what the best thing anyone had said about their costumes was, she answered: that “we have great butts”.

At the other end of the spectrum was gold medalist Nathan Chen’s “Rocket Man” costume. There wasn’t a sequin in sight on the American’s orange galaxy-printed shirt, which looked more like a running top than a traditional figure skating costume.

Chen said it was designed by celebrity fashion designer Vera Wang and was “modern chic aesthetic”.

“You don’t really argue with Vera Wang,” he chuckled. “Whatever she gives you — ‘Ah, cool, I’ll take it.’

In contrast, his teammate Karen Chen’s costumes are all made by her mother. She told The New York Times she had stayed awake for 20 hours, four days in a row making the latest one. “I barely slept at all, but I wanted to make something really special,” she said. “I know in the future I won’t have this chance because she will have a different life, and I will miss this.”

“I love it so much,” Chen told AFP. “She does like 98 percent of the work, I just put in like two percent and by two percent just like ‘Oh that looks good’.

“Latvia’s Deniss Vasiljevs doesn’t always get as much fashion support from his parents.

Asked what he thought they would be thinking after his free skate, he said: “My dad is probably complaining about my hair.”Vasiljevs’ ponytail, the only one in the men’s event, stayed resolutely intact despite its owner’s dizzying spins and jumps.

“I started my season with my hair like a rooster,” he said. “I was just trying different things and somehow it’s holding and I’m happy.”

Some at the Games have used their clothes to showcase their countries’ culture. Donovan Carrillo, Mexico’s first figure skater in 30 years, performed his short program in a dazzling gold and black shirt custom-made for him by a Mexican designer — “I love it!” he told journalists afterwards joyously.

He followed that up by emerging from his free skate in a jacket adorned with Mexican “lucha libre” wrestling face masks.

“I’m super happy because since I was a kid I always liked to watch it with my dad,” Carrillo said. He said one of the people involved in the team jacket’s design was Hubertus von Hohenlohe, Mexico’s only athlete at the 2014 Sochi Games, best remembered for his own idiosyncratic mariachi ski suit.

In pairs, China’s Peng Cheng and Jin Yang’s outfits are inspired by Chinese ink painting and handstitched using traditional embroidery techniques from Suzhou, a city close to Shanghai.”It is very delicate,” said Peng. “They were specially made for the Olympic Games.”