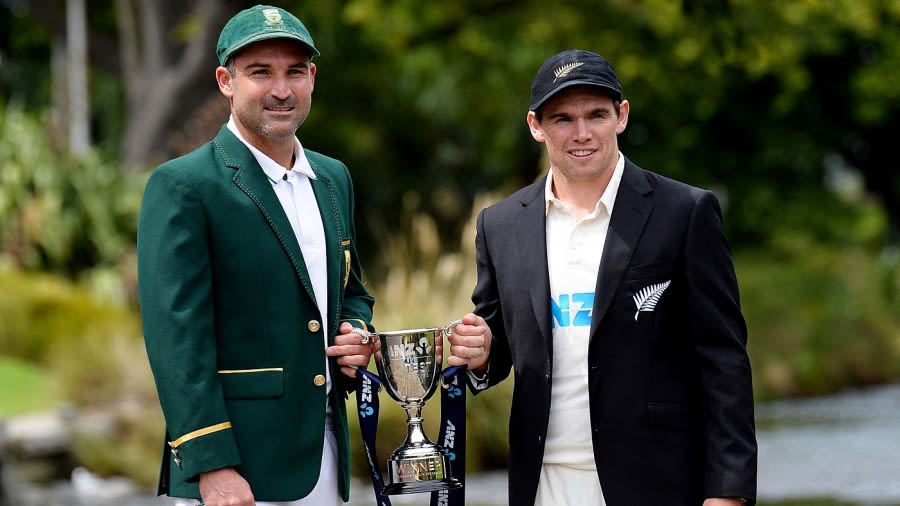 Christchurch, New Zealand: New Zealand dominated South Africa to hold a 21-run lead on day one of the first Test in Christchurch on Thursday after Matt Henry spearheaded the attack with a career-best seven for 23.

Henry’s bounce and movement saw South Africa fold for 95 before tea, and at stumps New Zealand had benefited from the wicket browning off in the late afternoon and were 116 for three.
Henry Nicholls was not out on 37 with night watchman Neil Wagner, dropped in the final over, on two.

“Obviously today’s been a great day for us,” Henry said, describing his own performance as “pretty surreal” returning the third best bowling figures for New Zealand behind Richard Hadlee and Ajaz Patel.

Henry’s previous best was twice taking four for 93, and he has struggled to be a regular member of the New Zealand attack, where Tim Southee and Trent Boult have long been the new-ball bowlers. It’s only his 16th Test in seven years but with Boult on paternity leave, the Christchurch-born Henry relished the chance to perform in front of his home crowd.
“It’s not always easy,” he said of the long gaps between Tests.

“You try not to focus too much on those external things you cannot control and make sure I’m still in that mindset of trying to get better every time you get that opportunity to play for New Zealand.”

Crucial to New Zealand’s performance was Tom Latham winning the toss — for the first time in the nine Tests he has been captain — and putting South Africa in to bat.
Hagley Oval, with its green-tinged wicket, was tailor-made for New Zealand’s swing and seam attack and Tim Southee set the standard with the opening ball, a huge in swinger to Dean Elgar that finished down leg side.

With the 10th ball of the match, Henry started the rout when he had Elgar caught at third slip with a ball that nipped away, and after 49.2 overs South Africa were all out for their lowest ever score against New Zealand.

New Zealand faced 39 overs in the final session, losing Will Young for eight when he edged a rising delivery from Marco Jansen to wicketkeeper Kyle Verreynne.
Captain Latham, who had a life on nine when Jansen spilled a chance in the gully, progressed to 15 before he was bowled by Duanne Olivier.

Olivier thought he had Nicholls for five but the ball was dropped at third slip, one of six dropped catches by the tourists, and the batsman responded by cracking boundaries off the next two deliveries.

Just before stumps the South African snared a second wicket when he bowled Devon Conway for 36.
When South Africa batted, Henry ripped through the top order to have three wickets in the morning session when the tourists went to lunch at four for 44 and he took four more in the second session before the innings folded just before tea.

When South Africa looked to be showing some resistance with Zubayr Hamza and Verreynne in a 33-run partnership, he triggered a four-wicket slump which saw the tourists fall from five for 86 to nine for 88.

Henry removed Hamza, playing his first Test in two years, for South Africa’s top score of 25 and then in one maiden over claimed Verreynne (18), Kagiso Rabada and debutant Glenton Stuurman.
Aiden Markram (15) and debutant Sarel Erwee (10) were the only other batsmen to reach double figures.

Erwee started confidently and left well as the ball moved into and away from the batsmen.
But towards the end of his 30-ball stay there were emerging signs of indecision and when he prodded at a rising delivery from Kyle Jamieson the ball was edged to Daryl Mitchell at first slip.