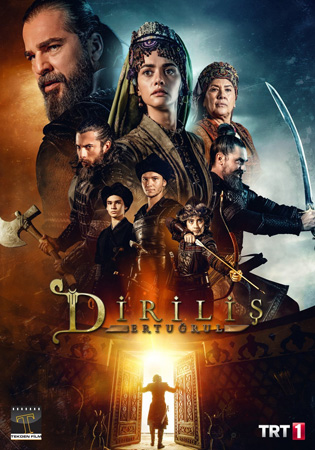 A new Turkish series has been announced after the finale premiere of the highly popular historical drama Kurulu?: Osman.

There have been many Turkish dramas on Pakistani television in the last 10 years. Gümü?, A?k-? Memnu and Muhte?em Yüzy?l are a few Turkish titles that gained immense popularity and started a wave of Turkish content in Pakistan. But none of them was more popular than the historical series Dirili?: Ertu?rul, which proved to be an instant hit among Pakistani audiences.

Dirilis: Ertugrul, comprising 179 episodes, was dubbed in Urdu and aired on PTV in 2020 throughout Ramadan daily at 9:10pm on the instructions of Prime Minister Imran Khan. The series is based on Ertugrul, father of Osman I, who founded the Ottoman Empire. It helped PTV attract a large digital audience and crossed millions of views on YouTube.

Then in 2021, PTV aired the second season of Ertugrul, Kurulu?: Osman, whose last episode premiered on Sunday. However, just hours after the Kurulus finale PTV announced a new Turkish series and confirmed that it will start airing this week.

Payitaht: Abdülhamid, based on the life of Sultan Abdülhamid II, has five seasons. PTV has called the story a “shining chapter in the history of Muslim Ummah”.