PM as ambassador of Kashmir, raising long-standing issue at all international forums: Farrukh 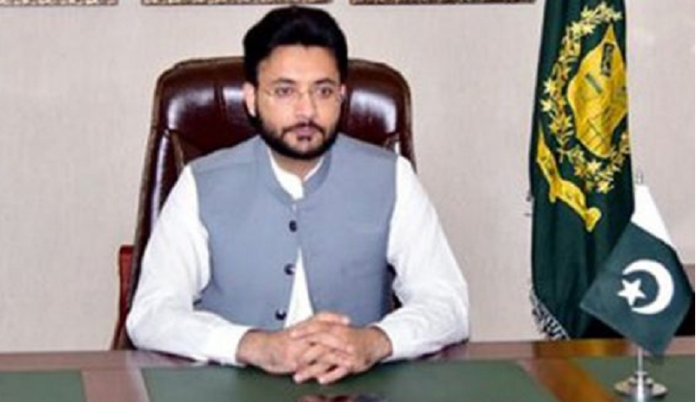 ISLAMABAD: Minister of State for Information and Broadcasting Farrukh Habib said on Thursday that Prime Minister Imran Khan had played the role of an advocate and courageous ambassador of the hapless Kashmiri people by highlighting the issue at various international forums.

He said these words while addressing the inaugural ceremony of a digital photographic exhibition being held in connection with Kashmir Solidarity Day, organized by the Directorate of Electronic Media and Publications.

The minister said that Imran Khan presented the Kashmir case at every international forum including the United Nations, Organization of Islamic Countries and bilateral meetings with world leaders.

Farrukh said after PM Imran Khan exposed the tyrannical atrocities of the Modi government in the Indian occupied Jammu and Kashmir, the western media also started highlighting the issue.

The international community should also keep its eyes and ears open, Farrukh Habib said, adding that the Kashmir issue should be resolved in accordance with UN resolutions which promised to give Kashmiri people the right to self-determination.

“We feel the plight of Kashmiri mothers and sisters, Pakistan has always raised its voice against human rights violations being committed by Indian occupation forces,” he said.

He said over 8 million Kashmiris had become prisoners after the Indian step on August 5 and the ensuing lockdown. He said that neither media was free nor social media functional in the occupied territory.

Farrukh said that Modi’s RSS mindset could be judged by the form of oppression and barbarism going on in Kashmir.

He said that tens of thousands of Kashmiris have been martyred by trigger-happy Indian occupation forces. They martyred the young icon of freedom struggle Burhan Wani but they could not suppress Kashmiris voice as every Kashmiri youth was struggling for freedom.

“Kashmir lives in the hearts of Pakistanis all over Pakistan and around the world and we stand with them”, he remarked.

He said that Pakistan has highlighted the Kashmir issue at every forum, it would also be discussed during PM Imran Khan’s visit to China as well.

The minister appreciated DEMP for holding a splendid exhibition in connection with Kashmir Solidarity Day. He said that the students have exposed atrocities in Kashmir through paintings being exhibited in the exhibition.

Additional Secretary Ministry of Information and Broadcasting Mubashir Tauqeer and other senior officials from the ministry were also present on the occasion.

Farrukh Habib visited the photographic exhibition and evinced keen interest in the photographs. The participants were also shown a documentary on Indian atrocities and barbarism titled “Kashmir’s Story”.

Minister of State Farrukh Habib distributed prizes among those who took prominent positions in painting competitions among the students.

The Directorate of Electronic Media and Publications organizes a photo exhibition every year on Solidarity Day to highlight Indian atrocities.