Storytelling and entertaining is my passion, love and obsession: Azaan Sami Khan

* 'I had auditioned for a project a few years ago at MD Productions after which there were talks of a few projects over the years but nothing happened,' Azaan Sami Khan says 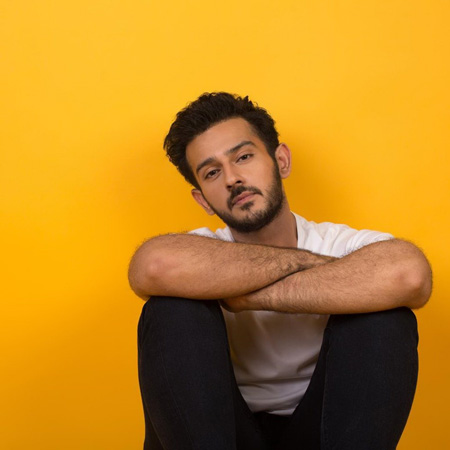 In an exclusive chat with Daily Times, the producer, composter, director and now turned actor talks about his venture into acting and his upcoming projects

You have started a multifaceted journey in the industry. From music composition to acting, you’ve dipped your feet in various things. Which one is closer to your heart?

Both. I’ve grown up in this profession and if anything my passion, love and obsession is storytelling and entertaining. Both play pivotal roles in doing that.

You were touted as one of the most promising names in music production in the last few years with projects like Superstar and Parey Hut Love; how do you feel about this?

It’s an honour and massive privilege to be believed in. It makes me very grateful.

Your debut in acting too with Ishq-e-Laa, has been called one of the strongest. Did you ever think that you’d want to be an actor?

The truth is I always wanted to. However, having grown up with a lot of physical struggles with obesity that lead to mental traumas of body dysmorphia. I never believed I could. The journey in overcoming that, which till today is a continuous struggle was something I had to overcome in order to believe in myself again and pluck up the courage to do it.

Take us through the journey of choosing Ishq-e-Laa. What made you select it?

I had auditioned for a project a few years ago at MD Productions after which there were talk of a few project over the years but nothing happened. I began losing hope too. Then I believe this project was happening and they either wanted to cast someone very experienced or someone brand new. I believe other actors were considered before me but it didn’t work out and it came my way. I’ve been told and I do believe that stories have their own Qismat and so do characters. They will end up with who they’re meant to.

And what about the experience. How was it working with the Ishqe-Laa team?

Absolutely incredible. From all my co-actors to my incredible director Amin sir. My producer Momina Bhabi, writer Qaisera Appa. My DP Asif bhai and associated Hussain Bhai and Bilal. Everyone has held my hand, supported and guided me through this.

How much do you relate with Azlan the character?

He’s very familiar to me. I have friends and relatives like him. At first I didn’t have much in common but as time went by I’ve found that certain qualities of his may have stuck with me.

What other projects are you now signing up for or have already signed?

Acting wise I’m in talks for some things but it’s too early to discuss anything. Music wise I have done more songs from the album for you guys very soon!

We hear some films are also in the offing. Is it true and what sort of projects are these?

Between music composition, films and television acting, which one is your favourite thing to do and why?

Working in this profession is all I know and each area you mentioned is a facet of it that I want to keep working on and improving. There isn’t a favourite in my kind for me.

Where do you see yourself in the near future and what sort of work would you want to come your way?

I’m one of those lucky people that get paid to do what they love. Hence I never take that for granted. I pray that I’m able to tell all kinds of stories through music, acting or in any way and that people are interested in listening or watching.