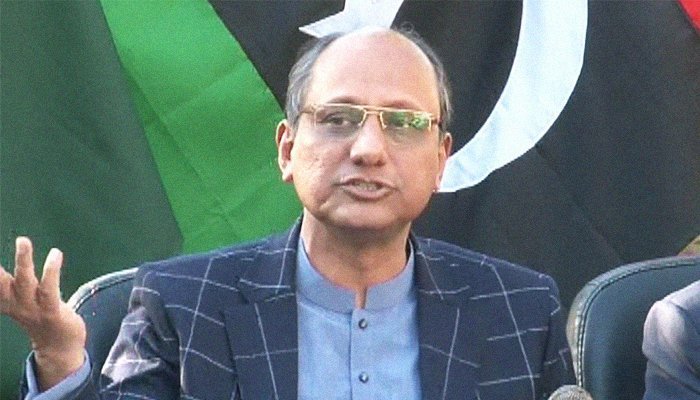 There is nothing controversial in the Local Government Act – 2021b which causes any injustice to the people of urban areas of Sindh, Saeed Ghani said while addressing a conference regarding “SLG Act -2021”. The representatives of civil society, lawyers, traders, political leaders, and media men attended the conference which was organized by Pakistan People’s Party Sindh chapter.

Sindh Local Government Act- 2001 could not be brought back as it was a law passed by a dictator and all provincial Assemblies had rejected it in 2009, Saeed Ghani said and reiterated that SLG Act 2013 could be discussed to make it more efficient. He said that no one could afford ethnic riots and violence now as there was destruction on the basis of ethnicity in the past, adding that we must have to play our role in maintaining peace and tranquility in the province.

Briefing the participants about the amendments made in the Act, the Information Minister clarified that in the law, local bodies were given more powers than before while power of collecting and utilizing property tax had been handed over to the local Govt institutions. Referring to further amendments made in the Local Government Act, Saeed Ghani said that towns had been set up in each divisional headquarters while seats for disables and eunuchs were also reserved like women and minorities.

He said that the immediate amendment in the Sindh Local Government Act had been made in the light of the instructions of the Election Commission of Pakistan which said that if no amendments were made in the law then delimitation of the onstituencies would be made on the basis of old census. He said before amendment opposition was provided copies of the amendments but they could not suggest any proposal in that regard.

Saeed Ghani said propaganda was being spread without any reason regarding local body law and the impression was being created as people of rural Sindh had attacked the citizens of the urban part of the province which was nothing but a conspiracy to spread hatred among residents of Sindh. Sindh is the only province where people of other provinces are settled and even they are being elected as Assembly members but Jamaat Islami leaders are declaring people of Sindh as non local people, Saeed Ghani regretted.