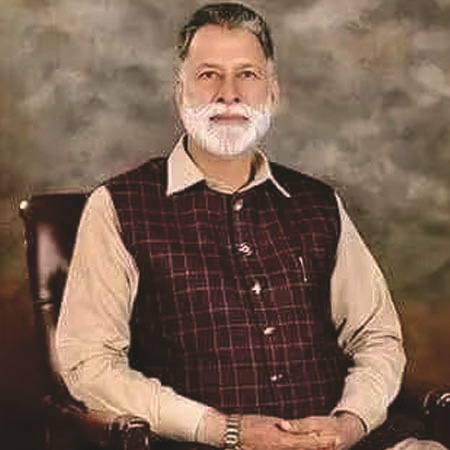 Azad Jammu and Kashmir (AJK) Prime Minister Sardar Abdul Qayyum Niazi Wednesday said the AJK people have laid foundation of positive change by posing full confidence in the ideology of Pakistan Tehreek-e-Insaf (PTI) and the vision of Prime Minister Imran Khan in the recent general elections in the State.

Talking to various delegations of overseas Kashmiri in Jeddah, where he is on a personal visit, he said that the PTI government will fulfill its commitments made with the people and the steps taken in a short time after coming into power were in front of everyone and added that the fruits of the government’s steps will soon reach at the door steps of the people, said a press release.

He said the government has decided in principle to give the right of the votes to the overseas Kashmiri and legislation in this regard will be finalized soon.

The AJK prime minister said that they were proud of Kashmiris living abroad who were contributing to the improvement of the economy by sending foreign exchange.

He said that holding of local body elections was included in the manifesto of PTI and according to the vision of the Prime Minister of Pakistan Imran Khan.

He said after 30-year local bodies elections were being held in AJK to transfer power to a lower level which will accelerate the process of construction and development in the state.

He said that along with the construction and development of Azad Kashmir, the government was also working on a priority basis to highlight the Kashmir issue at international level.

Qayyum said that India was bent upon suppressing the freedom movement with the use of military might but despite utilizing all means the spirit of the Kashmiri people was high and they will continue their struggle till the complete liberation of occupied Kashmir from Indian clutches.

The AJK prime minister expressed the hope that the people of occupied Kashmiri will ultimately get their fundamental right to self determination in accordance with the United Nations relevant resolutions.

He urged upon the international community, especially Islamic countries to play their role in stopping the genocide of Kashmiris and grant them their internationally recognized right to self determination.

The delegations of the Kashmiri community speaking on the occasion congratulated the AJK prime minister on performing Umrah. They also congratulated Sardar Abdul Qayyum Niazi on assuming the office of Prime Minister and especially for holding local body elections in the state and giving overseas Kashmiri the right to vote.