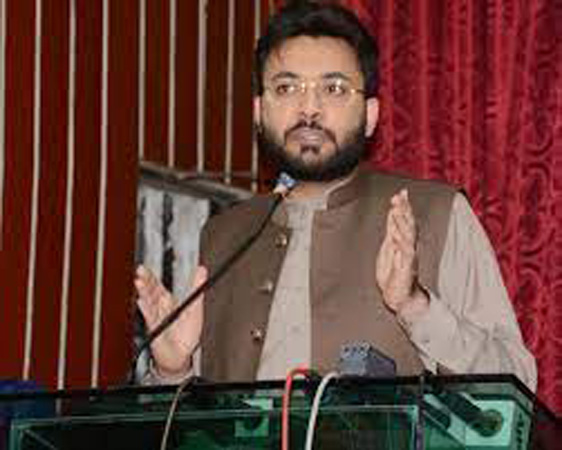 Minister of State for Information and Broadcasting Farrukh Habib on Wednesday appealed to Election Commission of Pakistan to reconstitute scrutiny committee so that the process of scrutiny of Pakistan People’s Party and Pakistan Muslim League-Nawaz’s accounts could be completed.

Talking to the media persons here, he asked the ECP to write a letter to the State Bank of Pakistan to get data of bank accounts of all political parties registered with the commission.

He said that the PML-N wanted to flee in foreign funding case, as it was opposing scrutiny of its accounts.

Farrukh said that PTI has accounted for its donations and was ready for further scrutiny. The audit of the accounts of the PPP and PML- N should also be completed at the earliest, he demanded.

The minister said that the Election Commission’s scrutiny committee should complete its work at the earliest.

He said that Maryam Safdar, Bilawal Bhutto Zardari and Maulana Fazalur Rehman used to make wrong claims about foreign funding of the PTI, but nothing was found in the report of the scrutiny committee against PTI.

Imran Khan only leader having courage to say ‘Absolutely Not’: Farrukh

Prime Minister Imran Khan was the only leader, who had the courage to say “Absolutely Not” to those who wanted to exercise more oppression on Pakistanis.

The minister said in a tweet that he was proud of his leader, and he had voted and supported him. He would again vote for Imran Khan in the 2023 general election