Two weeks ago, opponents of gay marriage and adoption in France staged one of the biggest demonstrations in years. Approximately 340,000 people marched through central Paris to oppose a Bill that will go before the National Assembly next week. Although same-sex marriages are well established in some European countries, propositions to introduce it have seen strong resistance in France. Same-sex unions are not at all the issue. It is the issue of same-sex marriage and adoption that is a matter of concern. This clearly sparks very interesting debates, mainly concerning the reasons why so many in a generally liberal country should oppose what is now more and more considered a fundamental right in many other countries.

President Hollande has suffered enormous criticism for his handling of France’s economic weaknesses. He risks further disapproval on this issue should the National Assembly vote to not pass the adoption bill for gay couples as this was one of his campaign promises. There are several reasons for France to take a stand on this issue.

The first reason is the way institutions are structured in France. It is one of the very few countries, if not the only one, to require couples to marry in a civil ceremony whether they choose to have a religious wedding or not. In contrast, in other countries, priests, rabbis and imams who conduct weddings are also registered as civil officials and a marriage registered in a church, synagogue or mosque is registered automatically by law. However, since in France civil marriages are compulsory, any changes to the civil code affects everyone. This may help to understand why so many people are opposed to the issue.

Another significant argument could be that France is a majority Catholic country and that the importance that the Church plays in society shapes its views on gay marriages and adoption in the ways that we are seeing today. The Papacy was after all based in Avignon, France, between the years 1309 to 1376. It may therefore be perceived that the remnants of strong Catholic views on marriage, homosexuality and the raising of children persist in modern day France.

However, the core issue of this political debate is not one that is related to any legal or religious issue. It is essentially about children and the social role of the family. Although the French are extremely tolerant, they are profoundly attached to their families and the protection of children.

Americans often perceive Europeans as being much more to the left on social issues but the reality of the matter is not that simple. For instance, abortion laws are much more relaxed in the United States than in most European countries. Also, while most European countries have established same-sex marriage laws, adoption by homosexual couples is generally not acceptable. In contrast, in most US states, adoption is legal for homosexual couples.

Essentially, the most potent arguments against gay marriage revolve around the interest of children and this argument is based on solid evidence that children are best raised by a mother and a father. The general belief of those opposing and what can be seen on banners and signs in Paris is, “A father and a mother, it’s simple”, and “All born of a father and a mother.”

The fact that the issues are not really about Catholic values or homophobia, and that the protests are centred around every child needing a mother and a father demonstrates strongly the extent to which many in French society are focused on the protection of children and what they perceive is best for their wellbeing. It equally demonstrates that society is capable of not compromising traditional belief systems that it is convinced work best for the benefit of its children. Many believe that the reform would create psychological and social problems for children, which may or may not be the case but it is rightfully, obviously, too important and sensitive an issue to take chances on and experiment with.

The National Assembly’s debates will end in the middle of February and no doubt, no matter which way the majority votes go, a can of worms will most definitely be opened with regard to gay couples and their rights and the definition of what constitutes the best path for the wellbeing of children.

In any case, from the mass opposition it may seem that France, although liberal and tolerant on most social and humanitarian issues, has tilted toward a more traditional, perhaps a slightly more conservative position on this particular issue. There is no doubt that whatever law is eventually passed, hopefully the principal concerns will continue being those of protecting children and providing the best for them. 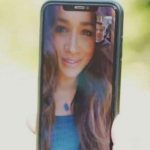 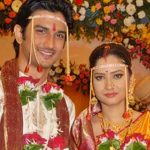