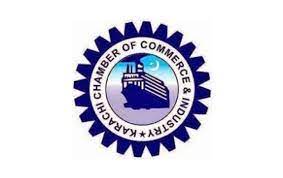 Addressing a function after inking the MoU between the two chambers, Imran Mahmood Sheikh, Senior Vice President FCCI, underlined the importance of Faisalabad and said that it had emerged as a hub of industrial, business and commercial activities. “It is also providing maximum jobs to the unemployed youth”, he added.

“It has a robust SME sector which is also contributing a major share in the textile export of Pakistan in addition to catering to its domestic clothing needs,” he said. He welcomed the visit of the office bearers of the Khanewal Chamber and said that both chambers would cooperate with each other in resolving the issues of their members. He assured to extend full support to the Khanewal chamber in the capacity building of its staff.

According to the MoU, both chambers would collaborate in diverse fields with a special focus on the production of skilled human resources.

Later, the delegation of Khanewal chamber headed by its President Muhammad Tayyab Sajid visited various sections of the FCCI.