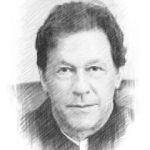 The rise and fall of nations are different from the rise and fall of civilizations. Nations can be raided, redrawn, or re-imagined exogenously but civilizations cannot be killed from the outside, they only commit suicide. The core of every civilization is its spiritual principles; when they die, the civilization dies. In Islamic civilization, the manifestation of our spiritual principles happened in the Prophet’s (SAW) Madina. Besides many other important principles, there were five very important guiding principles upon which the state of Madina was built. These principles are unity, justice, and rule of law leading to meritocracy, a strong moral and ethical foundation, the inclusion of all humans in progress and prosperity, and finally, the quest for knowledge. To help revive the spirit of the covenant of Madina, National Rahmatul Lil ‘Alamin Authority (NRA) has been formed.

The first principle which laid the foundation for Riyasat-i-Madina was unity. The idea of unity (Tawhid) comes from the Quran and in a sense, the entire religion is based on that. From unity of God to unity of mankind, it is the most fundamental principle of Islam. Remember that our Prophet, who was mercy for all mankind, unified people of diverse ethnic and religious backgrounds into a single community. Besides Muslims, there were Christians, Jews, Sabeans, and other groups who were all woven into a unitary communal whole under the state of Madina.

Over the last 75 years, our country has suffered from elite capture, where powerful and crooked politicians, cartels, and mafias have become accustomed to being above the law.

The second founding principle was the Rule of Law which resulted in injustice and meritocracy. The Prophet (SAW) made it clear that no one was above the law. He said that nations perish when two sets of laws exist, one for the rich and another for the poor:

If one looks at the world today, one can easily witness that the most successful states also have the most robust application of the rule of law. Besides several Western nations, one witnesses those East Asian economies that have recently prospered, strictly practising this principle. Japan, China, South Korea are good examples. Whereas those nations where rule of law was subverted, seem to be sinking into poverty and chaos. In many countries of the Muslim world, despite the prevalence of tremendous resources, there is less progress, which is attributable to a lack of rule of law. Another good example is South Asia. In today’s India, the apartheid rule of law has immediately brought about poverty and countless insurgencies that threaten the union of their country. In Pakistan, not adhering to the rule of law has led to siphoning off of billions of US dollars which has imposed collective poverty on our public. The pattern of politics and development in many countries of Africa and Latin American suggests the same. The so-called banana republics are the way they are because of a lack of rule of law. This cause-and-effect relationship between rule of law and socio-political harmony cannot be emphasized enough.

The third founding principle of Riyasat-i-Madina was of an ethical and moral transformation of the people – the concept of Amr-bil-maroon-wa-nahi-an-al-Munkar (doing good, forbidding evil). The Holy Quran declares it as the defining mission for the Ummah:

You are the best community that has been raised for mankind. You enjoin good and forbid evil and you believe in Allah. [Aal-e-Imran, 3:110].

Enjoining what is good and forbidding what is evil is a collective duty that leads to the moral transformation of society. Nobody would dispute this principle, but there are elements in our society that think that the ethical development of people should be left to the people, the state should remain neutral about good and evil as conceived by religion. This approach is quite outmoded and problematic because it handcuffs the state from performing its ethical and moral duties and allows adversaries of the country to come in with handfuls of money and subvert our values using our educational systems and channels of information. NRA will endeavour to engage in amr bil maharoof by teaching Seerat-al-Nabi (SAW) to our youth in schools and universities in the hope to raise the level the ethics and morals in our society.

The fourth founding principle was of inclusive development through the creation of a welfare state where society takes care of its poor and vulnerable and everyone is a stakeholder in the development of society and state. State of the medina was the first recorded welfare state of mankind where the state took responsibility for its weak. Since we must emulate the example of our blessed Prophet (SAW), our citizens should learn to be strict with themselves and generous with others.

Keep in mind, however, that in recent times the idea of the welfare state has been coloured by the Western European experience. Indeed, the West created impressive welfare systems from the 1950s to 2010s, of which the most impressive were the Scandinavian ones. However, most of the Western welfare states were not sustainable environmentally because these were very high consumption societies that produced enormous waste. If the whole of non-West were to copy these welfare states, then our pattern of production, consumption, and waste would resemble theirs, and by some estimates, it would require us six more planet earth to act as sinks that would absorb our waste. Such a welfare state is neither possible nor desirable. Since Islam is the middle path, only moderate prosperity and consumption would be ideal, just enough to fulfil our basic needs with dignity and honour, with universal health care and education.

And finally, a knowledge-based society that doesn’t confound literacy with knowledge. Literacy may lead to illuminative knowledge that may guide us to good behaviour, but some of the highest crime zones of the world also have very high literacy rates. One must not lose sight of an important historical fact that nearly all scholars of early and medieval Islam had deep roots in spirituality.

Hence literacy alone may not be sufficient for a happy society. Knowledge of the spiritual transformation from cradle to grave is important. All sources that impact human behaviour should disseminate knowledge that produces self-control, self-discipline, patience, forbearance, tolerance, and a spirit of service and volunteerism.

Lastly, in the light of our ideals, we have embarked on the road to the welfare state with some great initiatives. Despite tight financial means, we allocated an unprecedented amount of money to our initiatives such as the Ehsaas Program which was launched back in 2019. Ehsaas Program is a social safety and poverty alleviation program necessary for vulnerable groups in society. This was one of our key initiatives towards building a state that cares about the welfare of our citizens. By far, one of the greatest programs in the history of Pakistan is the Sehat Sahulat Program, which offers our citizens universal health coverage. This is not just to protect vulnerable households from sinking into poverty who often borrow money for medical treatment, but it also leads to a network of private sector hospitals all over the country, thus benefitting both the public as well as the private sectors in the field of health. Just Punjab government alone has allocated Rs. 400 billion rupees for this. The Sehat Sahulat Program is an important milestone towards our social welfare reforms. It makes sure that certain low-income groups in Pakistan may have access to their entitled medical health care quickly and honourably without accruing many financial obligations. In the wake of global economic hardship brought about in the post-COVID era, we have not neglected the fast transforming educational arena. Our Ehsaas scholarship program would ensure that talented students within the underprivileged and poor strata of society would get a chance to pursue decent education that would augment their chances of getting better livelihoods. This program combined with all our other scholarships amounts to six million scholarships worth Rs 47 billion. This, too, is unprecedented in the educational history of Pakistan.

In conclusion, I will reiterate that the most urgent of all challenges facing our country right now is the struggle to establish the rule of law. Over the last 75 years of Pakistan’s history, our country has suffered from elite capture, where powerful and crooked politicians, cartels, and mafias have become accustomed to being above the law to protect their privileges gained through a corrupt system. While protecting their privileges they have corrupted state institutions, especially those institutions of the state that are responsible for upholding the rule of law. Such individuals, cartels, and mafias are parasites who are not loyal to our country, and defeating them is necessary to unleash the real potential of Pakistan.

The writer is the prime minister of Pakistan.