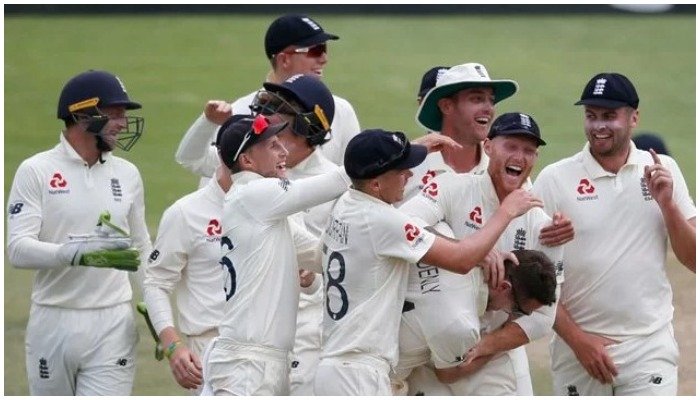 LONDON: English cricket must root out “deep-seated” racism or face losing public money, British lawmakers said in a report published on Friday. Former Yorkshire player Azeem Rafiq, 30, delivered harrowing testimony to MPs in November in which he said his career had been ended by the abuse he received at the county club. The Pakistan-born off-spinner, who had dreamed of playing for England, said cricket was blighted by institutional racism “up and down the country”.

The fallout for Yorkshire over the crisis has been devastating, with sponsors making a mass exodus and the club suspended from hosting lucrative international matches. There has also been a mass clear-out at the club’s Headingley headquarters, with wholesale departures from the boardroom and coaching staff while a new chairman, Kamlesh Patel, has become the face of a fresh regime.

The parliamentary Digital, Culture, Media and Sport (DCMS) committee, in its report, said cricket chiefs had to act decisively to rid the game of racism. MPs pointed to the language used in correspondence with the committee and attempts to “discredit” Rafiq in the media as evidence that a “long and difficult road” lay ahead.

The lawmakers called on England and Wales Cricket Board (ECB) to develop a set of key indicators and then provide updates to the committee every quarter on its progress, or face a cut to government funding.

“We are watching closely and fully intend to ensure that cricket cleans up its act,” the report said.

“We recommend that the government ensures that any future public funds for cricket are dependent on continuous, demonstrable progress in getting rid of racism in both the dressing rooms and on the stands.”

The committee paid tribute to Rafiq for “his conviction that this was not simply a personal issue but an endemic problem across the whole of cricket”. MPs set up the inquiry after Yorkshire announced there would be no disciplinary action taken against any individual despite an investigation concluding that Rafiq had experienced bullying and racial harassment during his stints at the county.

Former players from Yorkshire and other counties have also said they faced racist abuse and an independent commission looking at discrimination in cricket has been inundated with calls. Sports minister Nigel Huddleston told the committee in November he was prepared to deploy the “nuclear option” of an independent regulator if the ECB failed to get its house in order.

Later that month, the ECB published a 12-point game-wide plan to tackle discrimination, with under-fire chief executive Tom Harrison saying an “earthquake” had hit the sport. Rafiq welcomed the report, saying it showed how seriously politicians were taking the issue and he said he was impressed with changes at Yorkshire under Patel.

But he was less convinced about how seriously the wider game was on tackling racism.

“I see Yorkshire trying to do the right thing, but I do feel like the game as a whole is still living in a lot of denial,” he told the BBC.

“I think the ECB needs to do more. I would say putting an action plan on a document, we’ve seen all that before. We need to see more action.”

DCMS committee chairman Julian Knight told the PA news agency that “the jury is out” on the ECB and Harrison. Knight said the committee would push for independent regulation of the sport if it was dissatisfied with the progress the ECB was making on the issue.

Harrison said he welcomed parliamentary scrutiny and wanted cricket to become the “exemplar” for others to follow. He said: “We have the opportunity to come out of this crisis with a roadmap that demonstrates that first of all we are absolutely serious about tackling discrimination in our sport — not just racism — and that we can come together as a game and do that as a partnership.”

Yorkshire could still face further punishment as a result of an ongoing ECB investigation into how it dealt with Rafiq’s complaints.