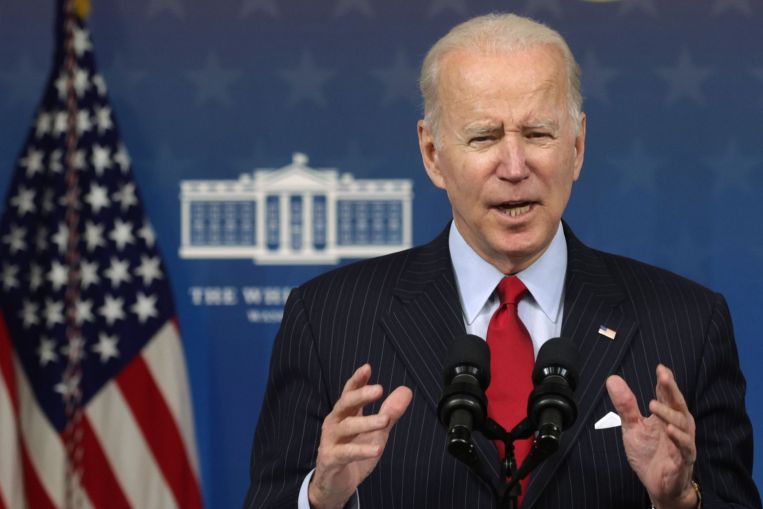 Washington: President Joe Biden appeared to admit defeat Thursday in his bid to get major voting rights laws passed in Congress after he failed to persuade his own Democratic party to give full backing.

In another blow to his presidency, the Supreme Court also ruled against his Covid-19 test-or-vaccine mandate on large businesses, a key component in the administration’s bid to control the spread of the Omicron variant.

Leaving lunch with Democratic senators, Biden seemed to accept there was little chance of seeing the two voting protections laws through.

“Like every other major civil rights bill that came along, if we miss the first time, we can come back and try it a second time.”

Biden was in Congress to try and wrangle Democrats into carrying out a tricky legislative maneuver that would change a Senate rule and let them get the bills passed, despite total Republican opposition.

But before the president even arrived for his lunch with legislators, Democratic Senator Kyrsten Sinema gave a speech explaining that while she backed the voting rights bills, she would not agree to changing the rule, known as the filibuster.

Sinema said that simply bypassing the filibuster, which requires a supermajority and therefore some Republican support for a Democratic bill, would deepen the country’s biggest problem — “the disease of division.”

Biden argues that the national voting rights bills are vital to preserving US democracy against Republican attempts to exclude Black and other predominantly Democratic voters through a spate of recently enacted laws at the local level.

Biden’s approval ratings are in the low 40 percent range, and Republicans are in a good position to take control of Congress from the Democrats in the November midterm elections, meaning time is running out for him to get major legislation passed.

“Nothing less than our democracy is at stake,” Nancy Pelosi, speaker of the House of Representatives and another key Biden ally, said.