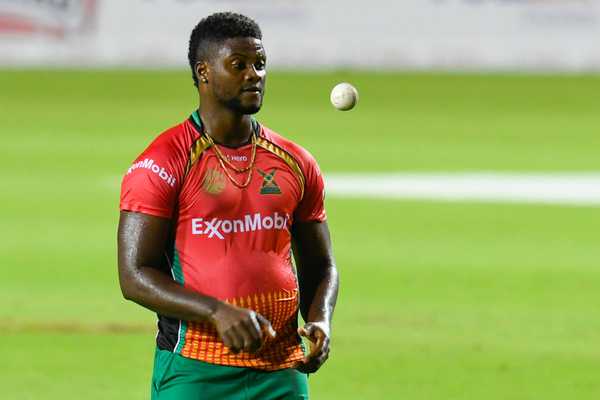 Kingston: Romario Shepherd’s maiden one-day international fifty helped the West Indies recover to 229 all out in the second match of their three-game series against Ireland at Sabina Park on Thursday.

In a match postponed from Tuesday because of a Covid-19 outbreak in the Irish camp, the home side collapsed to 111-7 after losing the toss.

But a ninth-wicket partnership of 58 between Shepherd (50) and Odean Smith (46) took the West Indies past 200 before they were bowled out with two overs left in their innings. The 27-year-old Shepherd, best known as a pace bowler, completed his first fifty in nine matches at this level off 41 balls, including seven fours.

But having made exactly 50, he was bowled by Andy McBrine, the off-spinner returning fine figures of 4-36 in 10 overs.

Earlier, Ireland paceman Craig Young (3-42) removed the West Indies’ top three, before number four batsman Shamarh Brooks held firm with 43. This series forms part of the World Cup Super League, with both teams looking to gain points to earn them an automatic qualifying place for the 2023 World Cup in India.

West Indies lead the series 1-0 following their 24-run win in the first ODI on Saturday when Ireland failed to chase down a target of 270.