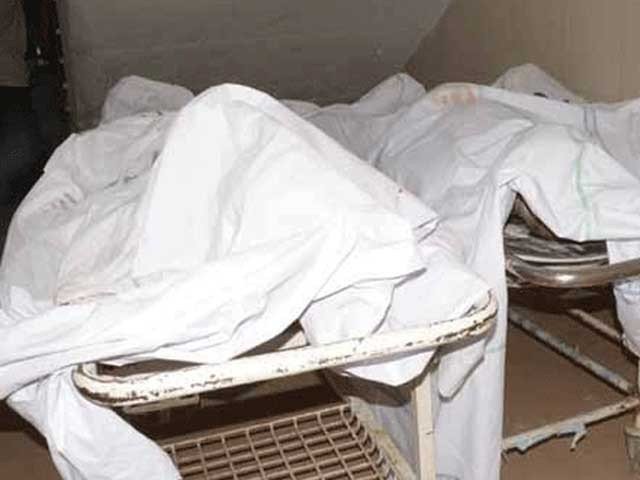 KARACHI: Two unidentified and burned bodies on Wednesday have been found from the Northern Bypass area of Karachi by police.

According to police, the bodies could not be identified because of the burns on the full body and apparently looks like a month old.

“The bodies will be shifted to a hospital after collection of evidence from the spot,” they said. Police added that DNA samples would be taken to identify them.

The police said that they remained unable to guess the real cause of death owing to their burn wounds. “The two apparently looked aged 30 and 35 and wore salwar kameez,” they said.

This is not the first time that bodies have been recovered from the Northern bypass area as previously police found three unidentified bullet-riddled bodies, dumped near Northern Bypass of the city.

The bodies were found near a police outpost. A pamphlet of a proscribed outfit was found alongside the bodies which read the dead were involved in targeted killing of police volunteer force personnel.

The note further read that the deceased were wrongly using the militant organization’s name to carry out attacks on police officials and today they were shot dead in ‘revenge killing’.

However, the identity of victims could not be known immediately.