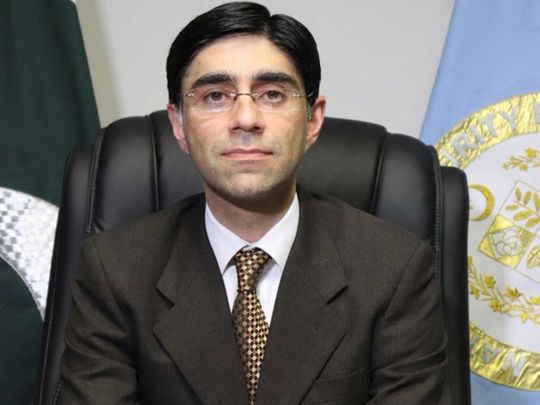 “It is still not [free from US influence] and I doubt that there is any country which is free from it,” the national security adviser said during an interview.

Yusuf stated that Pakistan lacks financial and economic independence, noting that the country lacks the capital to meet the needs of its rapidly growing population.

“When we cannot [fulfill] the demands, we seek foreign loans. When you procure loans, your economic sovereignty is compromised,” the national security adviser said.

When a country seeks loans from the International Monetary Fund (IMF) or any other entity, according to NSA Yusuf, its economic sovereignty is jeopardized.

“Now because of this, it affects a country’s foreign policy, and when foreign policy is affected, you cannot run the affairs, as they would be in an ideal situation,” he said when asked about Pakistan’s plans on Afghanistan.

When a government is reliant on international money lenders, Yusuf argues, it is unable to appropriate resources for human welfare or traditional security – armed forces and internal security.

“A country cannot have financial independence till it fulfills all local demands through its own resources,” the national security adviser said.

Meanwhile, he stated that the country’s first-ever National Security Policy (NSP) would be implemented using a well-defined framework for state institutions.

According to the NSA, the strategy document included a complete implementation structure for state entities. Economic and human security, according to Yusuf, are at the heart of the NSP.

In response to a question about Pakistan-India relations, he stated that Islamabad wants to strengthen ties with New Delhi because increased connectivity will help the region’s economy and relieve poverty.

However, due to New Delhi’s lack of seriousness and radical ideology, Pakistan had to suspend backdoor diplomatic relations with India, according to the adviser.

Pakistan’s main position, he said, is that India should care for Kashmiris on humanitarian grounds and rescind its August 5 steps to restart bilateral negotiations.