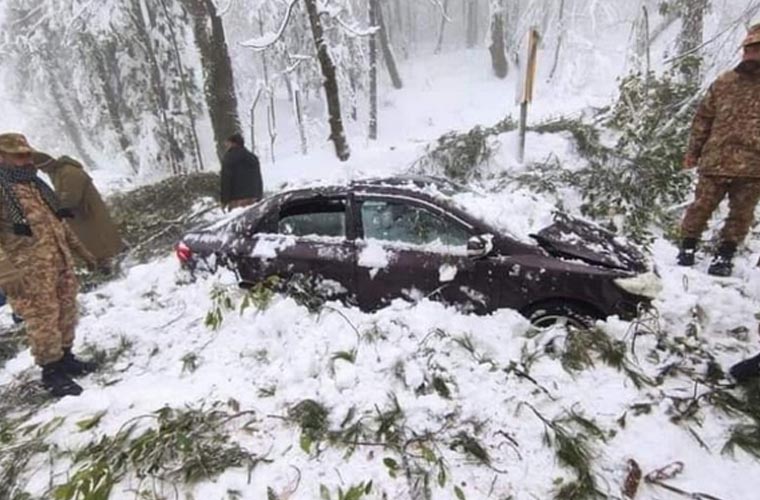 LAHORE: The Punjab government on Sunday has decided to provide financial assistance to the families of those killed in the Murree tragedy. An important meeting was held in Murree under the chairmanship of Punjab Chief Minister Usman Bazdar in which Provincial Law Minister Raja Basharat, Punjab Government Spokesman Hassan Khawar, Chief Secretary Punjab, Senior Member Board of Revenue Punjab, IG Punjab participated.

Immediate financial assistance of Rs33.5 million has also been sanctioned for those who lost their lives in yesterday’s rains. The meeting also took a detailed look at the causes of the tragedy and decided to form a high-level inquiry committee headed by the additional chief secretary home.

The committee will determine the perpetrators of negligence within seven days and action against those found guilty will also be taken within a week. The meeting further decided to upgrade the administrative structure of Murree and give it the status of a district.

In Murree, the additional deputy commissioner and superintendent of police were deployed to construct small links per road for traffic jams. Taking to his official Twitter handle, the provincial government spokesperson said: “We will complete the investigation in every aspect in the light of the instructions of the prime minister.”

Khawar further stated that the Punjab government will develop a better system by identifying the flaws in the existing system from the tragedy that took the lives of 22 tourists trapped in their vehicles by heavy snowfall.

On Saturday, Prime Minister Imran Khan, while expressing his shock and grief over the deaths of tourists in Murree, ordered an inquiry into the tragedy and called preparing regulations to avert such tragedies in the future.