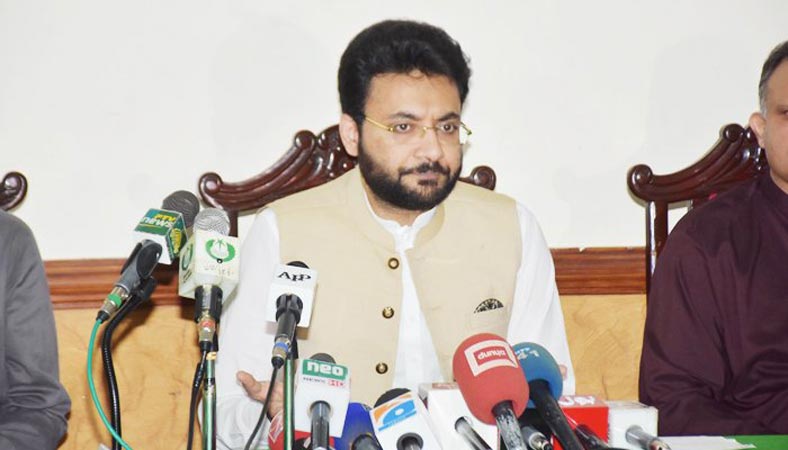 Minister of State for Information and Broadcasting Farrukh Habib said on Friday that issuance of health cards was a historic step towards the establishment of a welfare state on the pattern of state of Madina.

He said previously, Pakistanis with limited resources could not even think of the best treatment in private hospitals.

He said now under the programme launched by Prime Minister Imran Khan free treatment up to Rs. 1 million per family per year would be provided with the health card.

Farrukh said PM Imran Khan’s programme “Mera Pakistan Mera Ghar” was the dream of every Pakistani which was being implemented rapidly.

He said banks have approved loans of Rs 120 billion for low cast 3 marla, 5 marla, 10 marla houses and loans worth Rs 38 billion have been distributed by banks.

Farrukh said due to the efforts of Prime Minister Imran Khan, the bank loans for the housing and construction sector had reached Rs 355 billion.

The minister said this has also boosted the business of more than 120 industries related to housing and construction.

Private educational institutions to give discount on labour cards: minister

Punjab Minister for Labour Ansar Majeed Khan Friday said that special discount would be available on fees at private educational institutions through the labour card.

The provincial minister said that under the agreement, children of labourers in educational institutions of Punjab Group of Colleges would get 30 per cent discount in terms of fees.

He said that the government was encouraging workers through various initiatives, adding that the Punjab government had created ease in doing business for the business community.

He said that Rehmat-ul-Alamin hospital was the only government health facility which was fully automated.

The provincial minister said that the government was taking steps to provide discount on basic necessities to workers, adding that under the agreement with more than 150 businesses and companies, workers would get 10 to 45 per cent discount on purchase of various items, while the labour card would also be made part of the Ehsaas programme so that the subsidy issued by the government goes directly to the workers. “The payment of minimum wage through bank account would be ensured through the labour card”, he added.

Commissioner Social Security Syed Bilal Haider said that the agreement with the Punjab Group of Colleges was a milestone for providing quality education to the children of labourers.

He said that private sector with the coordination of the government would bring improvement for the benefit of the workers, adding that with the reduction in fees from Punjab Group of Colleges, children of labourers would also be able to get quality education.

He said that Social Security had so far signed MoUs with ten private companies which would provide relief to the workers through labour cards.

He said that the concept of public-private partnership was new in Pakistan but better results could be achieved only with the cooperation of both the institutions.