Vienna talks for removal of sanctions 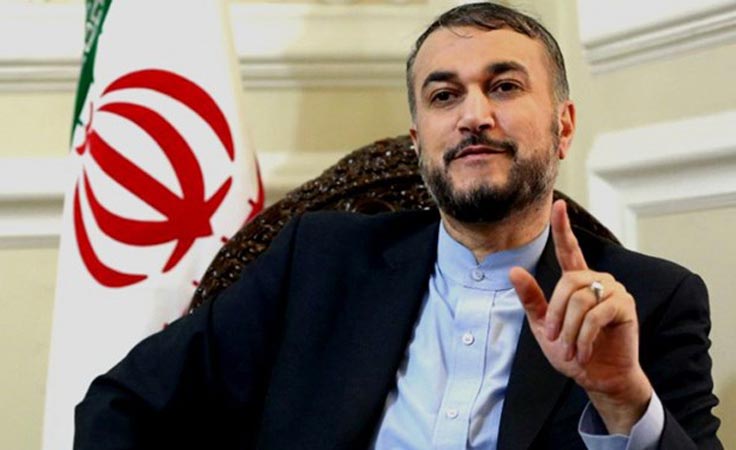 Iran is serious, acts in good faith, and considers the practical and tangible result to be the removal of sanctions.

The path travelled during six rounds of intensive negotiations in Vienna did not lead to success due to the US excessive demands and unrealistic stances. Now we are starting a new round of talks. The main goal of these negotiations is the restoration of the rights of the Iranian nation and removal of all the sanctions imposed unilaterally and extraterritorially on Iran by the United States which is no longer a party to the JCPOA. The US pulled out of the JCPOA on 08 May 2018-a measure perceived and condemned internationally as unlawful. There is international consensus that these unlawful US behaviors demonstrate a total contempt for the international law and the UN Charter, undermine multilateralism, and pose enormous menace to international peace and security.

Despite the formation of a new government in the United States, not only have the illegal and unilateral sanctions remained in place, but the policy of imposing sanctions on Iran has continued to exist. It is crystal clear that such US measures are aimed at preventing Iran and other JCPOA participants as well as other members of the international community from enjoying the rights and benefits described in the nuclear deal and UNSC Resolution 2231. Regrettably, too, the governments of the three European parties to the JCPOA, despite considering such a US approach as illegal and unacceptable, moved to accommodate it in practice with their silence and inaction. The alignment of the three JCPOA European countries with such devastating US measures has rendered the nuclear deal ineffective, eliminating all the economic dividends of the deal for Iran. These are the bitter realities of the past several years which should illuminate the way forward to the future.

No one can indeed question Iran’s seriousness and goodwill in fulfilling its obligations in their entirety. After the unlawful US withdrawal and the imposition of sanctions, Iran refrained from remedial measures in good faith, and, granting the request of the remaining JCPOA participants and the European Union as the coordinator of the nuclear deal, avoided resorting to the cessation of its commitments under the JCPOA so as to provide the opportunity for other JCPOA participants to compensate for the negative impacts of the US withdrawal. However, given the persistence of this unconstructive state of affairs and after one year of strategic patience, due to the escalation of US sanctions, and non-performance of the obligations of the three European countries, Iran was left with no choice but to enforce its rights as set forth in paragraphs 26 and 36 of the JCPOA and cease, partially and in stages, performing its obligations as of 08 May 2019.

Witnessing no change in the status quo, in the absence of an effective measure by the relevant JCPOA participants, and given the regrettable history of developments, the parliament of Iran adopted, on 02 December 2020, the law of “the strategic action plan to lift sanctions and protect the interests of the Iranian nation”. This law obligated the government of Iran to gradually cease the implementation of all its voluntary commitments under the JCPOA unless other parties to the deal fulfill their entire obligations in practice.

In this process, it should never be forgotten that the United States is the main culprit behind the creation of the status quo. In the past four years, the government of the United States has spared no effort to crush the nuclear deal, and it was Iran that did all it could to keep the deal alive. What became evident to Iran during the past six rounds of negotiations is that the United States still fails to properly understand the fact that there is no way to return to the JCPOA without verifiable and effective lifting of all sanctions imposed on the Iranian nation after the US departure.

The main objective of the upcoming talks should be the full and effective implementation of the JCPOA and the pursuit of the goal of normalization of trade relations and economic cooperation with Iran. It goes without saying that in order to return to the JCPOA, Iran should benefit fully from the lifting of all the sanctions. Iran is prepared to cease application of all its remedial measures if guarantees are provided, damages are assessed, and all sanctions are effectively and verifiably lifted.

The likely return of the US to the nuclear deal would not be meaningful unless guarantees are presented to prevent the recurrence of the bitter experience of the past and Iran’s trade partners could confidently enter into long term economic engagement with Iran free from any concern.

What is clear in the forthcoming negotiations is that Iran will not accept requests beyond the JCPOA. The Islamic Republic of Iran will not enter into any discussion whatsoever about issues beyond the nuclear deal.

I would like to emphasize once again that this opportunity is not a window that could remain open forever and the US and the three European countries must well understand this. The Islamic Republic of Iran, while making its determined, strong and active diplomatic efforts to remove the oppressive US sanctions, has devised an effective program to neutralize the sanctions in line with its sustainable economic development program.

Without doubt, Tehran remains as committed to maintaining and safeguarding the achievements of its nuclear scientists and peaceful nuclear industry as it remains obliged to non-diversion from its peaceful nuclear program, and will not abandon its comprehensive development in industry, trade, maritime, space, defense, science, and technology sectors, nor will it curtail its increasing economic development.

Deal is possible if other parties demonstrate political will in practice.

Despite the unfulfilled promises of the West and distrust towards the unconstructive approach and policies of the White House, the Islamic Republic of Iran will endeavor “with true determination” and “in good faith” in Vienna negotiations to achieve a “good,” sustainable and effective verifiable deal for the lifting of sanctions. The nuclear negotiating team of the Islamic Republic of Iran engages actively and earnestly in Vienna negotiations in good faith, pursuing a negotiation logic which secures the interests and rights of the Iranian nation. My colleagues and I fully support the negotiating team as well as the chief negotiator, Mr. Baqeri Kani, who has extensive experience of negotiation in the field. I will engage in further consultation with my counterparts if necessary.

The writer is Minister of Foreign Affairs ofIslamic Republic of Iran.