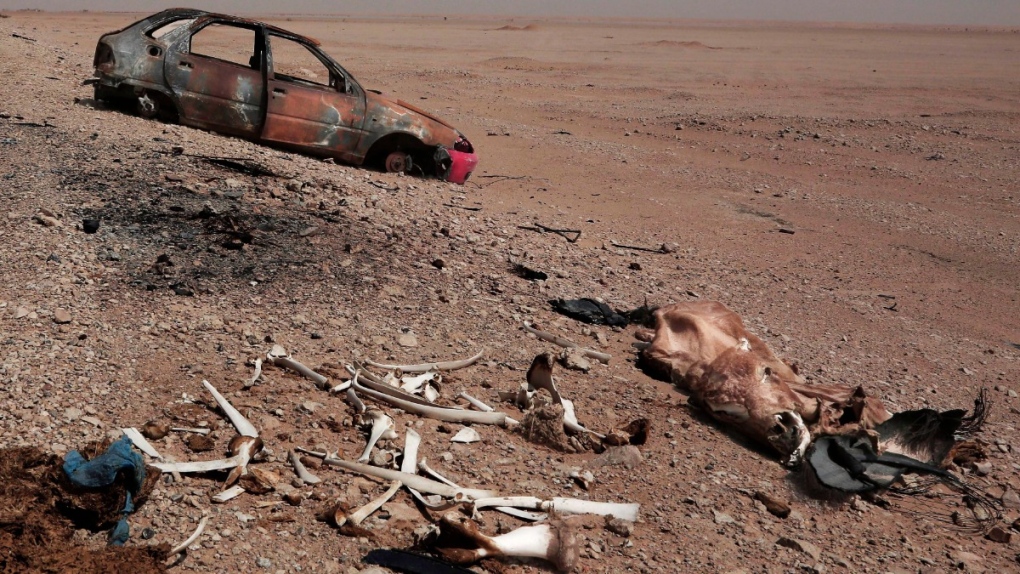 An airstrike by the Saudi-led coalition has mistakenly hit a camp of allied Yemeni pro-government forces, killing at least 12 troops, Yemeni military officials said on Friday.

The strike, which took place on Thursday in the province of Shabwa, also wounded at least eight Yemeni troops, the officials said. They spoke on condition of anonymity because they were not authorised to brief the media. There was no immediate comment from the Saudi-led coalition, an ally of the forces of Yemen’s internationally recognised government.

Yemen has been torn by civil war since 2014, when Iran-backed Houthi rebels overran the capital of Sanaa and much of the country’s north. In 2015, the Saudi-led coalition intervened to halt the rebels and restore the internationally recognised government to power. However, the war has slogged on for years and created the world’s worst humanitarian crisis.

At the scene of the strike, several bodies were burned and three military vehicles, some of which carried automatic rifles, were destroyed, said two local residents who asked not to be identified by name, fearing reprisal.

In the past months, fighting has escalated between the Houthis and Yemeni government forces around the central city of Marib and the coastal city of Hodeida. The coalition has also increased its airstrikes on Sanaa and other rebel-held areas in Yemen in recent weeks.