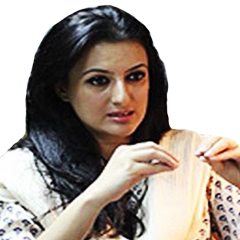 Officially 48 killed, but if you ask the residents of Abbas Town, they say the number is in hundreds. The television broadcasts haunting images of shell shocked faces trying to find themselves and their loved ones. As bodies and body parts are recovered, grief stricken women fall to the ground, adult men beat their chests, crying hysterically. A father is told that he has lost two out of his three young sons. Two small children are told their mother and brother are gone forever. An elderly widow, easily in her 80s, is still waiting for her son to return days after the attack. Of all the coffins raised, at least 20 are those of children. Buildings bustling with hundreds of families ravaged, stripped naked. Where there were homes now stands a bare skeleton of twisted metal and rubble. The government denounces the act of terrorism and announces monetary compensation for affected families. Who says there is no value for human life in Pakistan?

Not just Alamdar Road or Abbas Town but the whole country is doused in unspeakable grief and anguish over targeted attacks on its innocent citizens. People’s lives torn to shreds all in a matter of seconds, and we still await the state organs, including media, government, army, law enforcement agencies and intelligence agencies to commit to a no nonsense, zero tolerance position against militancy in Pakistan. But sadly, contrary to this, what has ensued is a shameful finger pointing contest between various institutions of the State and the federal and provincial governments.

An unfazed, unabashed Interior Minister has blamed the Punjab government for protecting and patronising militant groups such as the Lashkar-e-Jhangvi (LeJ) and deliberately not taking action against the list of terrorists he has provided them. The Pakistan Muslim League-Nawaz (PML-N)’s sole response has been: why should the onus fall on the provincial and not the federal government. Not only a weak statement in self-defence, but also one which implicitly accepts that the charge against it is correct and the PML-N in fact did not act upon the intelligence it was provided. The army and intelligence agencies too have long been criticised for fathering militant groups — call them by any acronym you wish — and for continuing to nurture their illegitimate off-springs despite the destruction and havoc they have wreaked in our society.

Whilst graveyards embrace body after body of loved ones, the very keepers of our country continue to trade our national interest and security for petty political gains. How does the PML-N justify entering into an election alliance with the Ahle Sunnat Wal Jamaat and actively patronising its related militant groups in the name of ‘seat adjustment’ for upcoming elections? As the anticipated elections draw closer, the APC appears keener than ever to open negotiations with the same terrorists who have refused to accept the writ of the State and have turned our cities into infernos. Yes, we all know the hold of the Muttahida Qaumi Movement over Karachi and its ability to shut down the city in record time, but is this the time for indulging in a show of muscle power? After having lost hundreds of human lives and millions of rupees of people’s livelihood to strikes, dharnas (sit-ins) and shutdowns, have our politicians not understood that these measures achieve nothing and in fact, only compounds the misery of an already ailing nation?

In a recently telecasted TV show a crying and pleading victim of Abbas Town tragedy asked Hamid Mir a very pertinent question: “Why do TV anchors and media persons invite heads of terrorist groups to their shows when their rightful place is behind bars?’ Will any media group care to answer?

How do government officials, including the Interior Minister Rehman Malik and intelligence agencies have the temerity to accept that they have information on a full roster of attacks planned in the run up to the elections and yet fail to take any significant measures to avert such attacks on the country. Do we interpret this as criminal apathy or veiled acquiescence of the government and law enforcement agencies? Who do we hold answerable for the failure of the State to protect its citizens?

The single greatest reason for Pakistan’s inability to counter the spread of terrorism is a lack of political will. It is long overdue that our politicians recognise that emotional sloganeering is simply not enough and that the era of cultivating generations of political loyalty by simply feeding people empty promises is well over. To the politicians, we ask you to prove yourselves worthy of being our leaders, rise above self-serving politics and steer the nation through these difficult times rather than finding cover under unholy alliances. To the army and its agencies, you have sworn allegiance to protect Pakistan and its people. You are our eyes and ears, you are our guardians. Stand before the people and declare yourself as enemies of those who are enemies of the people of Pakistan. As for media we ask you, for just this instance, set aside the race for ratings and commit yourself to taking a moral position and boycott all coverage to representatives of militant outfits. You know who they are. Do not bring them from the fringes into the mainstream by allowing them to use your resources to spread their message of hate and violence. The people of this country have always fought for you when your rights have been threatened; it is now your turn to stand by us. To the judiciary and law enforcement agencies, it is up to you to ensure that there are no holes in the net with which these terrorists are hauled up. It breaks our courage to see terrorists being arrested and then set free on one pretext or the other. We look to you to ensure that there is no miscarriage of justice and comeuppance is delivered.

Pakistan is not on the verge of unravelling, it is unravelling. The people of Pakistan beseech all state institutions, including the media to respond to this crisis with a unified strategy and an unshakeable resolve to defeat militancy. It is now or never.

The writer is a Barrister, human rights activist and member of The Forum for Secular Pakistan. She can be reached at ihaider45@yahoo.com and on Twitter at @AlizehIHaider