Full marks to the ministry of religious affairs for forming the Pakistan Hindu Temple Management Committee. It will not only take care of all matters related to Hindu places of worship in the country, which have had their fair share of problems over the years, but also serve as a bridge between the state and its non-Muslim population. Now there should be fewer instances of desecration of Hindu temples, which attacks the fundamental rights of the minority community and also embarrasses the country before the whole world. Such steps reinforce the argument that Pakistan, though an Islamic republic, is a country that welcomes and treats all religions equally.

Such initiatives are also in stark contrast to what is happening next door in India. The extreme right-wing Hindutva brigade in that country has clearly been given an open field to do as it pleases with minorities, especially Muslims and now Christians as well. In fact, the RSS-inspired ruling BJP party has given such a free hand to some groups of Hindus that their actions have also alienated other Hindus that are not as extremist. Just the other day, Indian papers reported the case of an RSS zealot who’s been arrested for insulting India’s founding father Gandhi and now faces up to five years in prison if convicted.

Pakistan must fight the extremist trend sweeping not just these parts but much of the world at this point in time. And while Pakistani society has also drifted towards unacceptable levels of extremism on occasion – like the horrible Sialkot lynching incident – it hasn’t yet degenerated quite like India; primarily because extremists here do not enjoy state backing and patronage. Steps like creating the management committee for Hindu temples are just the right thing at the state level because they will divert popular thinking away from regressive tendencies that benefit nobody at the end of the day. The media should also play its due rule in supporting such policies. * 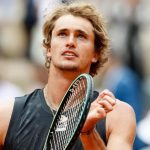