A Tantalizing Window into the Golden Period of Islam

I recently read Dr Akbar Ahmed’s book, “The Flying Man” (Vanguard Books), and wanted to share my wonderful experience and the inner reflections it triggered.

The book is a real tour de force! It shows Dr Akbar S Ahmed’smasterful style, synthesizing approach, and the ease with a complex and unfortunately obscure period of world history. The book does a great service to the outstanding Muslim sages of yore as even most Muslims are unfamiliar with this period beyond hagiographical snippets.

I loved the distillation of what defines Muslim societies i.e. Aql, Adal, and Ihsan. The vignette on Ghazali was superb. As Dr Ahmed said, he is a giant in the history of Islamic scholarship. I agree that it is grossly unfair to call him a fundamentalist. He did an amazing job of vivifying Islam during a time of great intellectual upheaval.

When our reasoning is informed by the ambrosia of revelation and Ishq, our thoughts, words, and actions acquire a transcendental (vs. binary) quality.

I also enjoyed the piece on Ibn Alarabi. He is deeply mysterious and yet brings clarity to the most complex of topics. He saw Unity in the diversity of the Cosmos and had a holistic personal and world view. His response to Ibn Rushd was so simple, yet so profound. “Yes and no. Between the Yea and the Nay, the spirits take their flight beyond matter, and the necks detach themselves from their bodies.” Ibn Alarabi is telling Ibn Rushd that (yes), speculative thought is a necessary (and no) but not a sufficient path to complete knowledge and for man to become Kamil Insan. Ibn Alarabi was highlighting that there is a casualty and more importantly there is also reverse casualty i.e. besides the thirsty going to the water, the water will come to the thirsty. This is was too much for Ibn Rushd who had chosen the path of rational thinking to attain complete knowledge.

Dr Ahmed also touches upon the decline of the Muslim civilization which evoked some thoughts, which I will share:

1) Speculative thought vs. revelation: From the 9th century onwards when the process of translating the works of Greek philosophers started, there was a counter-trend to address the apparent conflict between speculative thought and revelation. In Christianity reason won this battle and in Islam, it resulted in the defeat of reason; both sub-optimal outcomes. The Asharite/Mutazalites were at the heart of this debate, however, the intent of the Asharites was not to debunk reason per se, but to underscore the supremacy of revelation to preserve its fidelity, in the face of reason. The very narrow definition of the debate as a revelation “or” reason question as against a revelation “and” reason question, resulted in the relegation of reason, and the ecosystem that nurtured critical thinking and science started to weaken.

2) Speculative thinking and tasawuf: Our Sufi tradition has had an unnecessary and consistent disdain for speculative thought. While the reason is a necessary but not sufficient tool to understand reality, it is equally true that revelation without reason cannot be understood, interpreted, and communicated. However, in most Sufi literature reason ends up being painted as “inferior” rather than “complementary” to revelation. Given the influence of the great Sufi masters in Muslim societies, this had a detrimental impact on the “image” of reason in society.

3) Nizamyyah establishment: Nizam-ul-Mulk established the Nizamyyah university in Baghdad in 1065 AD. Branches later sprung up across the Middle East and Central Asia. The syllabus was primarily focused on religious studies while dabbling in the physical sciences as expedient. These institutions brought about a great conformity of religious doctrine and strengthened the influence of the clergy in terms of shaping the curriculum of future generations. They produced many Muftis, Qadis, Khatibs, Theologians, and Poets but none of the great philosophers, mathematicians, astronomers, etc. of the Golden Age.

At the heart of these three drivers were what I would call binary pseudo-choices e.g. reason “or” revelation and Dunya “or” Akhira. We became victims of the “tyranny of the OR” and were blind to the “genius of the AND”(1). These pseudo-choices ensured the gradual disengagement of the Muslim world from the external reality and we started focusing more on the internal and the hereafter; reason and Dunya stopped being as meaningful to a Muslim.

While there were other drivers of Muslim decline, e.g. the Mongol invasion, the dye had been cast much before the Mongols came, and when they did come and destroy the world Muslims knew, choosing Akhira over Dunya made us look good in the mirror. The prevalent pseudo-choice between Dunya “or” Akhira came in handy to deal with this catastrophe. So what if everything was destroyed, Dunya, was in any case a worthless and transient abode! Due to our inability to deal with a catastrophic failure, we delegitimized the pursuit of excellence in Dunya, and thereby reason did not seem as useful. Akhira was and is our escape from having to cope with reality.

Instead of viewing Aql and Ishq as complementary and equally necessary tools for Insan to become Kamil in the playing field that we call Dunya; a significant stratum of our theological and mystical traditions fell into the binary trap of treating them as opposites and pitting one against the other. Man is on a spiritual journey in the material matrix we call Dunya. What Aql can do, cannot be accomplished via revelation and Ishq, and what revelation and Ishq can do, Aql cannot fathom. These two human attributes i.e. Aql and Ishq are both necessary for man to become Insan-e-Kamil.

However, which is of the higher-order i.e. Aql or Ishq? In my view, Aql is the rose and Ishq is its fragrance. It is the rose that we can touch and feel, and it is its fragrance that allows it to transcend itself and be more than its physical existence. Each without the other is less. While Ishq is the inspirational north star for Aql, it needs Aql to be understood, interpreted, and embedded in the experience of Dunya.

Similarly, when our reasoning is informed by the ambrosia of revelation and Ishq, our thoughts, words, and actions acquire a transcendental (vs. binary) quality and whether it is our individual actions or societal decisions, politics or business, science or journalism, religion or the temporal; every choice optimizes both individual gain “and” common good. This is the only way we can build holistic societies that not only ensure human survival but enable it to be the best it can be.

Muslims who could have been thought leaders in this space are far behind. Conversely, Muslim societies continue to struggle with the psychosis of falling from grace. We don’t have an effective response. I cannot agree more with Dr Ahmed in that colonialism has in many ways disconnected us from our past. Most of all, by stripping us of the ability to stay grounded in our great traditions of theology, science, literature, and art. By not being able to understand Arabic and Persian, we are illiterates in our ethos, and ignorant of our inheritance. However, I say this with some level of trepidation since many great Muslim minds were a product of the colonial period, and the further out we come from the timeline of gaining independence, we get more and more intellectual dwarfs. Muslim societies blew away the chance of a millennium, after getting independence from colonization around the middle of the last century. During the same time, Germany and Japan rose from the ashes, and Israel became a world power. In discussions with friends and family, I often hear of the conspiracies that the West has hatched to keep the Muslim world subjugated, but I am not convinced. Yes, there is always some truth to the narrative of the victim, however, it is less about the schemes of the antagonist and more about the psychosis of the victim that is responsible for us being underlings.

The writer is an executive at Cargill Inc and has worked in the US, China, and Pakistan. 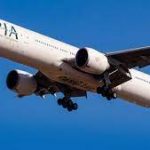 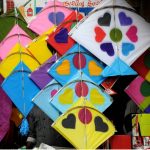 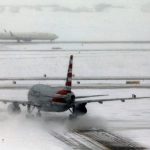 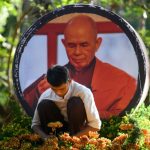 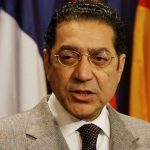