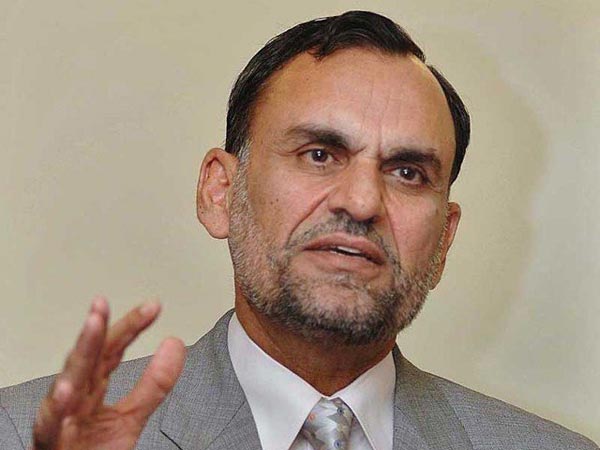 Minister for Railways Azam Khan Swati Tuesday informed the Senate Standing Committee on Railways that the electricity worth of Rs2 billion was being stolen annually of Pakistan Railways.

The committee met here under the chairmanship of Senator Muhammad Qasim which was attended by Deputy Chairman Senate, Senator Mirza Muhammad Afridi, Senator Dost Muhammad Khan, Senator Mushahid Hussain Sayed and senior officers of the Ministry of Railways along with all concerned.

While reviewing details of the Public Sector Development Progarmme (PSDP) tentative allocation of Rs35 billion for 2022-23, Azam Khan Swati informed that Pakistan Railways had made in the last 10 months.

He urged the committee to fully support the PSDP so that the Railways could be revived in Pakistan. He added that if the provinces played their part, the sector could be revolutionized spreading business and trade opportunities far and wide.

The body was informed of plans to develop the Afghan-Pakistan transit trade route, adding that tourism would be enhanced if historical railway routes and stations were revived.

Discussing the Rs220 billion Karachi Circular Railway (KCR) project, he informed that once completed, this would revolutionize domestic travel in the Metropolis. He said that seed money has been arranged and that completion of the project would take 36 months to complete.

The committee was informed that Pakistan Railways would dynamically pursue the expansion of routes and take these beyond borders. It planned to develop Chaman-Kandahar route and the Havelian-Kashghar route that will promote international trade.

The committee lauded the efforts of the ministry, despite lack of funds and assured it of its complete support.

“The theft of electricity has can be prevented by installing over 54,000 meters,” the minister said.

Azam Swati said that Pakistan Railways was running a freight train from Islamabad-Tehran-Istanbul and also planning to launch passenger train in near future on the route.

He urged the government of Balochistan to provide Rs 15 billion for the restoration of Taftan to Quetta track remaining to be spent the federal government that would help to put the provincial government of the pat of progress and prosperity.

The minister said Balochistan government would show responsibility for the cargo train on the track between Taftan to Chaman, adding that the Khyber Pakhtunkhwa government was restoring the old track from Peshawar to Torkham.

Mirza Muhammad Afridi asked the Ministry of Railways to introduce fast train, and freight trains would help to reduce deficit of Pakistan Railways that would be increased.

He said that there were around $4000 billion of cargo business in the country and out of the total if 30 to 35 percent would get Pakistan Railways that would change the financial position of the department.

Azam Swati briefed the committee that the state enterprise was controlled by the Mafia and tender for more than 1,500 trains were being awarded to one man.

The minister offered the members of the Senate and the National Assembly committees to visit the seven upgraded railway stations where they can suggest for build hotels, hostels or markets.