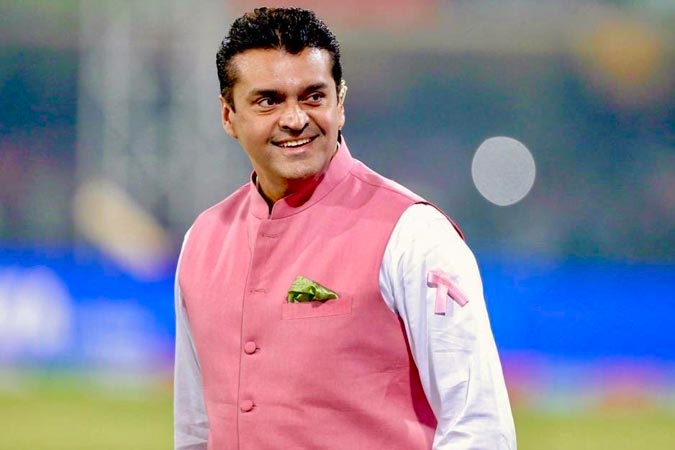 Daily Times had a brief chat with singer and actor Fakhr-e-Alam to talk about what he is currently working on.

What is your aim behind joining hands with Galaxy Racer?

Galaxy Racer is one of the fastest-growing esports, gaming and lifestyle organisations in the world with a global footprint with over 500 million followers worldwide, with over 100 content creators and over 2.5 billion monthly views. I came on board to lead the growth in Pakistan and further increase its footprint in South Asia. With Galaxy Racer expanding into Pakistan, it will further bring international experience to empower and grow the local ecosystem.

In your opinion, what is the future of esports in Pakistan and how Galaxy Racer’s expansion will further help in its growth?

Pakistan has one of the largest young populations in the world and we want to give that youth the opportunity to participate and compete globally. Our youth deserves the best esports experiences and through Galaxy Racer Pakistan and our flagship event Gamers Galaxy, we will provide the youth the right platform to compete and succeed on a global level.

What other steps are you taking for talent development in Pakistan and recognising them globally?

Earlier this year, Galaxy Racer signed Pakistan’s top Fortnite player Nyle Hasan. He has won championships such as the Fortnite Champion Series – Middle East. We aim to recruit talents like him and nurture them to compete on a global level in the future.

Tell us a little about Gamers Galaxy and the vision behind hosting Pakistan largest esports event with a grand prize pool.

The launch of Gamers Galaxy will boost the country’s gaming ecosystem and nurture gaming talent, giving them a platform for competitive esports. This also aligns with Galaxy Racer Pakistan’s vision of creating jobs and making the country one of the world’s gaming hubs. The reason behind offering a grand prize pool of Rs 2 crore is to incentivise gamers across the country to participate in the largest the largest esports event to take place in the history of Pakistan.

Do you plan to host such events on a regular basis?

Back in January 2021, Galaxy Racer, under the patronage of His Highness Sheikh Ahmed Dalmook Al Maktoum, together with Cinepax, organised the first-ever Pakistan vs. India Fortnite tournament with a prize pool of $10,000, the biggest prize pool in the history of any Pakistani esports tournament. So, we will continue to host exciting esports tournaments on an annual basis.