UN must act on threats to Muslims in India 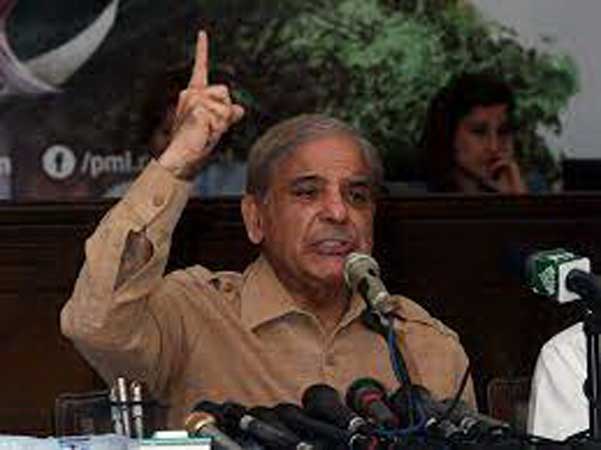 The opposition leader made this demand in response to a report by ‘The New York Times’ on rising anti-Muslim sentiments in India in Narendra Modi’s regime.

In the tweet, Shehbaz Sharif wrote that India’s descent into chaos continues under the fascist apparatus of Narendra Modi.

He urged that the UNHRC and other human rights bodies take notice of the threats of ethnic cleansing of Muslims hurled by Hindutva leaders in a recent ‘hate-speech conclave’ in India.

He said a 19 years old student was martyred Sunday by Indian occupation forces with impunity in Islamabad. At least 18 Kashmiris have been martyred by the forces in the month of December so far.

The spokesperson said the occupation army had intensified arbitrary detentions, night raids, coercion, harassment and humiliation of Kashmiris, and the extra-judicial killings in staged encounters and cordon-and-search operations continue unabated.

He said burial of the last remains of martyrs at unknown locations since April last year, without the consent and presence of their families, was yet another abhorrent manifestation of the callous behavior and moral bankruptcy of BJP-RSS combine.

He said India should be well aware that no amount of oppression and use of force could break the will of the valiant Kashmiri people who were resolutely standing up against India’s state-terrorism in IIOJ&K, and were struggling for their inalienable right to self-determination as enshrined in the relevant UN Security Council resolutions.

The spokesperson reiterated Pakistan’s call on the international community to hold India accountable for its grave and systematic violations of human rights and international humanitarian law in IIOJ&K.

The violations must be investigated by an independent Commission of Inquiry as recommended by the Office of the High Commissioner for Human Rights (OHCHR) in its reports of 2018 and 2019, he added.