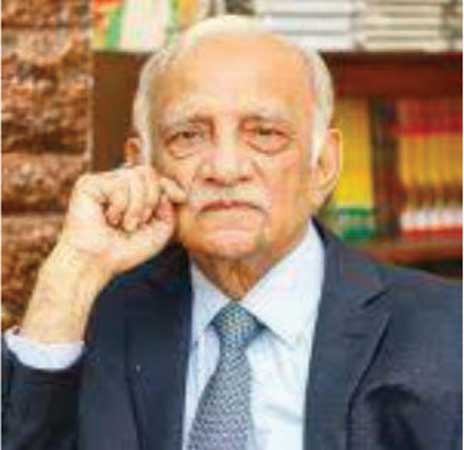 “Shadow, I will miss u. I thank u for all u did for the prty and me from the time I met u in 1977. Forgive me if I hurt u but I want u to know I always values your support. God bless you.

In this brief email, sent from her Blackberry® phone, Mohtarma Shaheed Benazir Bhutto was foretelling her journey to martyrdom.

Often, people who are strong are also cold and distant. But not Shaheed Bibi. She was the iron-lady of Pakistan and yet her heart was filled with empathy for others. She always stood by her party workers during difficult times and they remember her compassion even today. Her separation forever has strengthened their connection with her, as they are more determined than ever to carry forward her vision and her legacy.

One of her notable qualities was to forgive and forego if someone upset her. This earned appreciation from her opponents as well. Here, I would like to mention an incident involving a very able and reasonable person, Farida Hadayatullah. She had joined 70 Clifton quite recently at that time and only a few days later, she was found with tears in her eyes and an announcement that she was quitting her job. BB could not find some important papers and became very angry with her secretary. I told Farida that what appears to be a misfortune at the moment could prove to be the opposite later. That is exactly what transpired. BB found those papers and realised that she herself had placed them and forgotten about it. After this realisation, she not only apologised to Farida but also gave her a fragrance as a present. Later on, Farida proved to be BB’s most favourite secretary and was appointed to the Prime Minister house as BB’s personal secretary.

Shaheed Benazir Bhutto was also inspired by Sufi thought and a sense of humility reflected in her personality. Retrospectively, it is as if she knew what was coming. She had a sense of the upcoming journey that led to her martyrdom. One day, we had a conversation over lunch in August of 2007 which has become etched in my memory.

“Bibi, you are returning to Pakistan, please accept my apology for any unintentional contempt or disregard on my part.”

“No, I should apologise to you for any wrong on my part,” she replied.

“Life is unpredictable and indeed, I should apologise for any shortcomings on my part,” I said.

She reiterated her comment and said, “You will live longer than me.”

I was shocked and said, “May you live a long and healthy life.”

She said, “Bash, you will live a long life—longer than mine.”

Her words came true on the unfortunate eve of December 27, 2007 when her life was cut short and she was martyred. That day, she passed on from this world, while surrounded by her supporters, just after a jalsa where slogans of long live Bhutto and long live Pakistan were reverberating. She gave her life during a gathering for the upcoming election at that time. Her efforts for democracy are undeniable and till the end, she stood by her mantra that democracy is the best revenge.

Even today, when I think about BB’s words, I wonder, how did she know? I don’t know the answer to that even now, but indeed, she had an inkling, a premonition about what she was facing and yet, she did not step away or hide from the danger that was always lurking around the Bhuttos. There is no doubt that she was a brave soul.

On August 24th of 2007 was Sanam Bhutto’s birthday. Shaheed BB had already sent her children to Dubai but she stayed behind for her sister’s birthday. It would be the last birthday they celebrated together. BB was to return to Dubai the next day. She was supposed to go to the airport from her cousin’s house and she called me there, as it was our tradition that I would say goodbye to her when she would be leaving and welcome her upon arrival at the airport. That day, however, this was not possible due to shortage of time. It was the first occasion when I missed the opportunity to say goodbye to her before she took off. Her travel plans were kept confidential because a lot of people wanted to meet her if they knew she would be present at the airport. I still had the opportunity to have a detailed conversation with her and I expressed my unease that it feels like a wrong start, a broken tradition, just before her historic return to Pakistan.

On October 18, 2007, the suicide bombing targeting her was the beginning of a series of unfortunate events. She survived that day but it was a clear message to deter her from her mission of propagating democracy. She refused to cower and went to condole with the families of her workers who had lost their lives in the Karsaz incident. She continued her election campaign as well. In early November, she visited Lahore and was staying at Latif Khosa’s house. She met journalists and party-workers during this time. But she was limited to that house by the government to contain her political activities. Her meetings were monitored and even I was not allowed to see her on the pretext that I had just met her a day ago.

She went to Islamabad where in a press-conference, she encouraged party workers to continue preparations for the elections at full pace and do not get discouraged by the tactics of the military government. In this, she stood firmly with her people and she herself enthusiastically participated in the election campaign.

Shaheed BB was a strong believer in the reality of death. No one can slow it down or stop it—no one can halt the bullet after the trigger has been pulled. This way of thinking gave her immense strength and she raised her voice at the international level against atrocities being committed against oppressed nations. The leaders of Palestine called her “Daughter of Islam”. In Delhi, she accepted and granted legitimacy to the All Parties Hurriyat Conference as the voice of Kashmiris.

Life was made difficult for Shaheed BB but no one can forget or erase her footprints from Pakistani politics, and especially not from the minds of the millions of her supporters whose hearts continue to beat for Benazir Bhutto, even fourteen years after her untimely demise.

The writer is the former press secretary for Benazir Bhutto, Chairperson of Bhutto Legacy Foundation, and Senior Advisor to Chairman Bilawal Bhutto Zardari