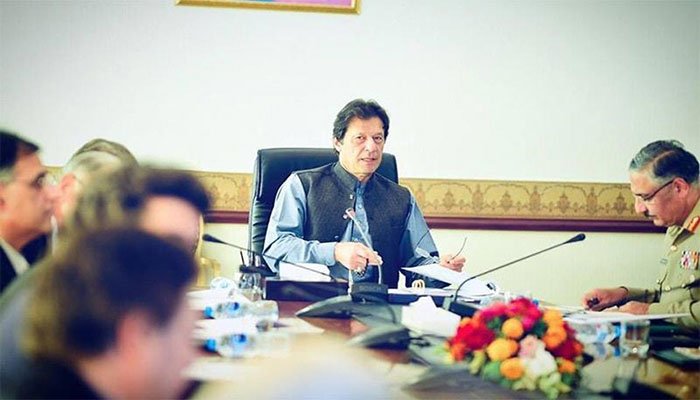 ISLAMABAD: Prime Minister Imran Khan will chair a meeting of the National Security Committee tomorrow (Monday) to discuss the evolving situation in Afghanistan and other issues.

According to PM Office, the NSC session will be held in Islamabad to discuss the current situation in Afghanistan and the overall security situation in the region. The internal and external security situation of Pakistan, including Pakistan’s management of its borders, is also likely to be taken up during the meeting. The meeting will be attended by the services chiefs, intelligence officials, and civilian leadership. Federal Information Minister Fawad Chaudhry, Interior Minister Sheikh Rasheed, and National Security Adviser Moeed Yousaf would also attend the meeting.

The committee will also be briefed about the overall security situation in the country. Earlier in December, Fawad Chaudhry had said that the opposition’s decision to boycott the meeting of the Parliamentary Committee on National Security is regrettable. The reaction came after opposition parties announced to boycott the in-camera session of the parliamentary committee on national security to discuss the security situation in the region.

In a previous National Security Committee (NSC) meeting, headed by Prime Minister Imran Khan, the forum had mulled over the ongoing situation in the aftermath of a violent protest from outlawed Tehreek-i-Labbaik Pakistan (TLP) that had resulted in the martyrdom of multiple cops and destruction of public and private property.