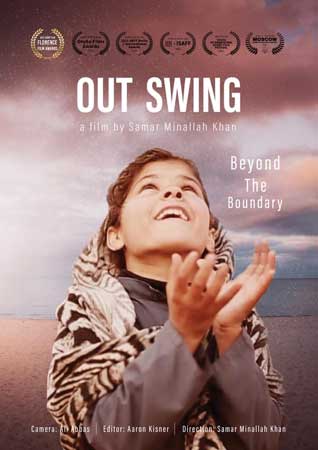 Pakistani filmmaker Samar Minallah Khan has earned pride for the country as her film Out Swing bagged Best Short Film award at the 7th Sport Film Festival Rotterdam in the Netherlands.

Social media users have congratulated the Pakistani filmmaker on her distinguished achievement.

Out Swing’ tells the story of a dedicated coach who teaches an unlikely team how cricket can change the lives of people. It also highlights the incredible pressures that young girls face even when simply trying to get involved in a sport like cricket.

Samar has been a pioneer in utilizing innovative means of communication for social change in Pakistan.

Her research focuses on developing culturally sensitive approaches to development. Samar has over 20 years of progressive experience and a wealth of knowledge in advocacy, women’s and children’s causes, cultural heritage, social change, and different media.