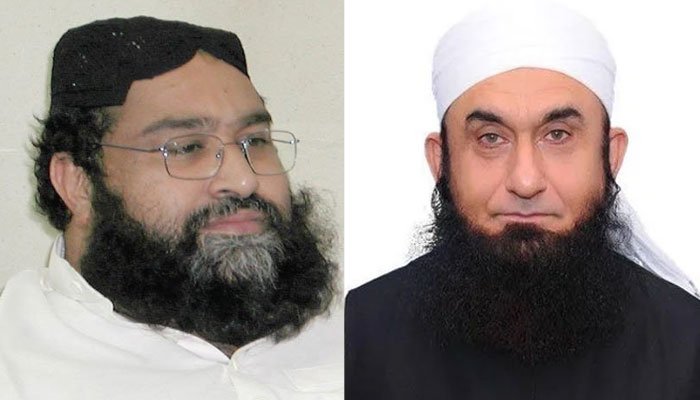 Talking to the media, after meeting Sri Lankan High Commissioner in Pakistan, Vice Admiral Mohan Wijewickrama, Hafiz Mohammad Tahir Ashrafi condemning the Sialkot incident said that the Sialkot factory management has decided to bear all the expenses of the two children of Priyantha Kumara Diyawadana , a 49-year-old, Sri Lankan citizen lynched by a mob on December 3, 2021, in Sialkot. The administration has also given a job to Sri Lankan citizen in the factory.

Maulana Tariq Jameel said that Islam’s literal meaning refers to submission, surrender and peaceful reconciliation, especially compliance with divine directives. Muslims adhere to the Quran and Sunnah and are required to obey these directives.

The usurer deserves severe punishment and the one who killed the innocent deserves punishment, he said adding they were visiting Sri Lankan High Commission for seeking an apology.

The whole Pakistani national was ashamed of that barbarity.No one has the right to burn anyone.

He asked people to follow the teachings of the Holy Prophet (PBUH). Speaking on the occasion Sri Lankan high commissioner thanked both dignitaries for visiting and said that the Sri Lankan government was fully satisfied with the steps taken by the Pakistani government.