End-Of-Year ‘Magical Music’ Round-Up from Some of Our Favorite Artists of 2021! 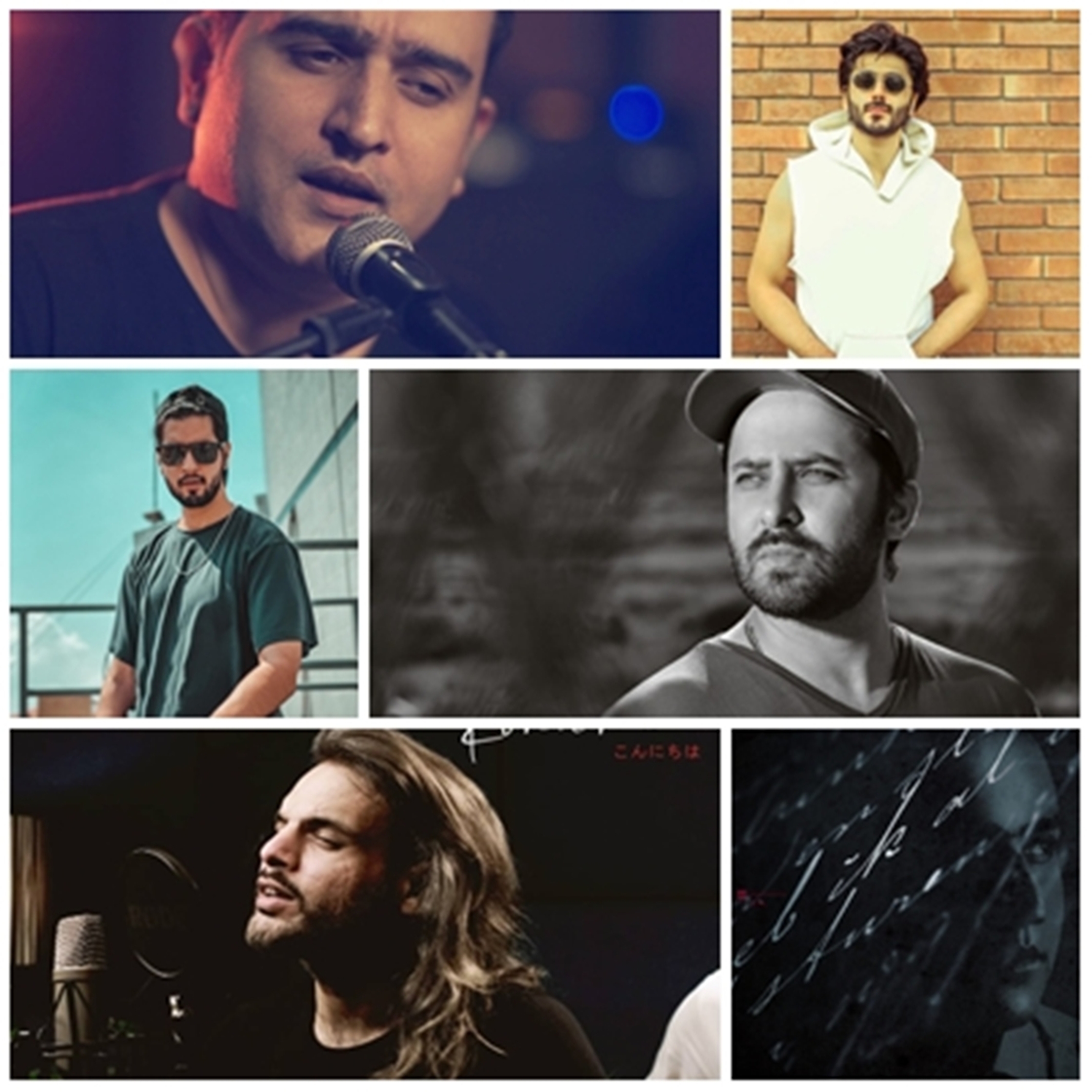 Music, as we all know, is the purest form of art and the most direct expression of the spirit. Most of us music lovers tend to feel and visualize the manifestation of the infinite in the finite forms of creating music, and for this year’s ‘Magical Music’ Round-up, we have collected a few of our favourites to show you what they’ve been up to; post-Pandemic and what they have lined up for us for the year ahead.

We asked all these musicians what they had been up to, words of wisdom and positivity, anything good that came out of the music industry this year post-pandemic, and what they plan to work on in the future to bring us more of that bittersweet symphony!

Let’s tune in to some of this year’s biggest male successes. Here are our top picks:

Nouman Javaid began his career writing, composing, and singing blockbuster hits for Bollywood’s Mahesh Bhatt for his movie ‘Jashnn’. He is also known as a Music and Art director-and is recently working on his music platform Bossmen-with season 3 of TheRoomFiles bringing us some amazing music.

“I started this show because Ahsen (Pervaiz) and I thought that the industry was moving towards covers as opposed to creating original content. I know that collectively they create magic: all of my musicians-Haroon Shahid, Zeb Bangash, Sanam Marvi, Ali Mehdi among others.”

We hope to see the up-and-coming music from Nouman Javaid, and we are excited about future releases! 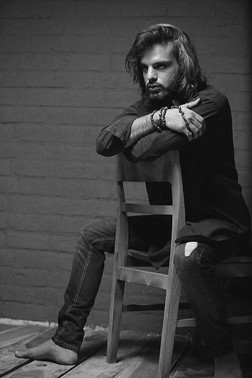 Haroon Shahid, knowns for his portrayals in several television serials and an accomplished musician (SYMT), has won a lot of praise for his recent projects-especially his songs in ‘Aik Hai Nigar’-the telefilm starring Mahira Khan and Bilal Ashraf. Haroon is currently working as one of the artists on BossMen-TheRoomFiles Season 3-and also focusing on creating his own compositions for the upcoming year. We are excited to see what he has in store for us.

“I started this year out with Bisconni music, and ‘Tere Mere Pyar’ is available on YouTube. I want to be able to move from ‘number of views’ to the ‘quality of music’ in the future, though. Brands usually emphasize the number of views, whereas I want to work towards making original content that I feel satisfied with. We need to stop worrying about what people think and focus on finding yourself in this emerging music industry.”

Haroon, we get you! We absolutely loved ‘Mitti’ and ‘Pyar Tera’ from ‘Aik Hai Nigar’, and we are hoping to hear more from you in your current, upcoming singles for 2022. Best of luck! 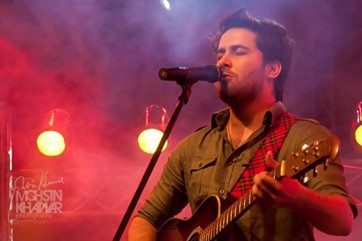 Abbas Ali Khan is not unknown to the music industry-the singer of ‘Malal’ fame has a versatile career that few artists in the country can lay claim to. From dark, moody tracks to the soul-searching Sufi music-he has done it all. These days, Abbas is experimenting with retro and synthase, and we are all for it!

“As a music producer for ‘Aik Hai Nigar’, I got quite a lot of praise and that’s not all. I’ve received LUX ‘Singer of the Year for 2021’, and that is quite an achievement in itself-Lux being one of the most prestigious awards in our country. I’ve been nominated 8 times in my career and won 6 awards out of those. Coming up with new music, my own fragrance line, encouraging new musicians to follow their own ‘tune’ and the recent ‘Jaun Elia’ kalam composition that I’m working on…I think I’ve got my hands full for the coming year. I’m excited!”

Born in Islamabad, Abdullah gained recognition for his melodious covers on YouTube. Featuring in Nescafe Basement Season 4 and then coming up with his own original content from a very young age, Qureshi instantly became a heartthrob! We are excited to see what he has for us in the pipeline-for an artist who has (literally) grown up in the music industry and it reflects through his music.

“I’ve been busy playing concerts post-covid and didn’t get any time to create some music in the studio. Experimentation has been on my mind, and so I did some radio and tv jingles to explore myself a little. There’s a lot in the pipeline but I don’t want to come out with ‘imperfect’ music, and I believe it’s no use if all my originals come out to be average. I want every piece to be top-notch, so I’m taking my time with my releases.”

Qureshi also believes that the ‘music industry’ still doesn’t exist in its entirety. He mentioned that a proper systematic record label and music award show is yet to take place or be formed. 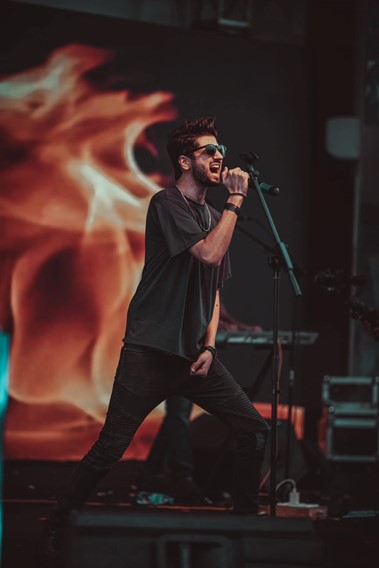 Having started his career almost five years ago, Lahore- based singer-songwriter, Hamza Malik, has several singles to his credit including ‘Tere Bina’, ‘Dholna’ and ‘Aye Khuda’ among others.

Hamza was once asked if he ever felt overshadowed by creating songs that included Rahat Fateh Ali Khan’s voice-as the singer has strong vocals. He responded, “the basic concept behind these songs is always mine-and they have been composed in a way in which Rahat bhai does what he does best-classical singing. I usually have a mellow, soft voice in my songs and that’s exactly what brings out the true essence of these compositions.”

Malik would be releasing his collaboration as a New Year Eve’s gift, and we are so excited to hear it! He also has a word of advice for young musicians-working on original content is more engaging and rewarding than working on covers-so new musicians, take notes!

“A lot of different music is coming up a lot of original music not just covers. I started off with covers and people appreciated them greatly giving me the recognition that was needed to produce more original content. I like to experiment with different genres and for the new year, I’m focusing on exactly that. Currently, I am working on a major collaboration (fingers crossed)-but I don’t want to reveal too much too soon.” 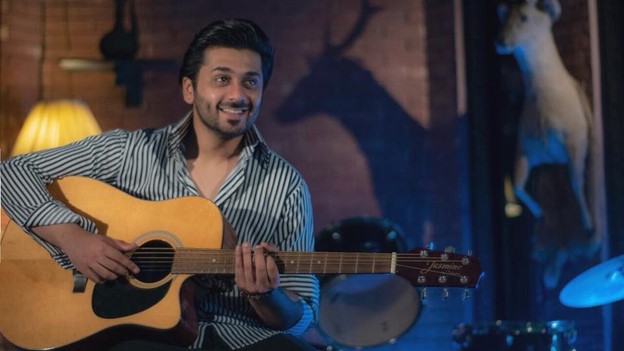