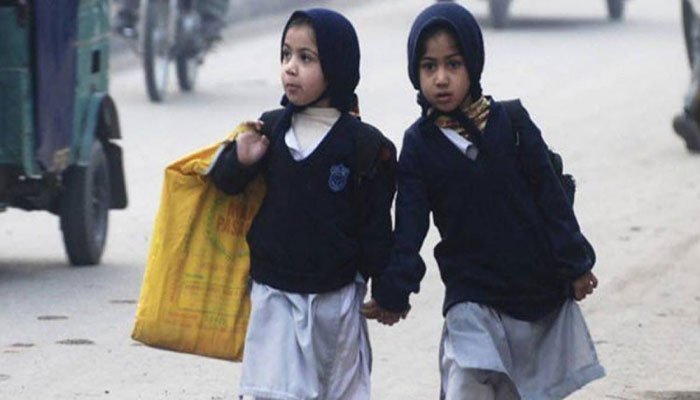 On Monday, the Higher Education Department (HED), Punjab announced winter vacations at all colleges and universities of the province from December 23 to January 6, Daily Times reported.

According to the notification, these educational institutions will reopen on January 7.

Only three days ago, on December 17, 2021, the Punjab government had declared winter vacations at schools from December 23 to January 6.

“All Public & Private Schools of Punjab to remain closed for winter vacation starting December 23rd, 2021 to January 6th, 2022. Please get vaccinated and follow SOPs issued by the government,” he wrote.

The decision came a day after the Lahore High Court during the hearing of a smog-related case had told the Punjab government in categorical terms to close down the schools by December 20 or otherwise the court would take it upon itself to give a verdict in this regard.

However, the provincial government decided to close the schools from Dec 23, allowing two more educational days to the students.

Realizing that the winter season was getting harsher and harsher with each passing day, the government of Khyber Pakhtunkhwa (KP) too announced winter vacations at the province’s schools on December 17.

However, it announced two dates for the start of vacations in the province.

According to details, the schools in the snow falling areas and hill stations will remain shut from December 24 to February 28.

The schools in other areas will observe winter vacations from January 3 to January 12.