The dilemma of being a poet — Leo Tolstoy and Rainer Maria Rilke, a brief study

* Moreover, poets are always thought as other worldly all thanks to their flair to weave stories out of thin air 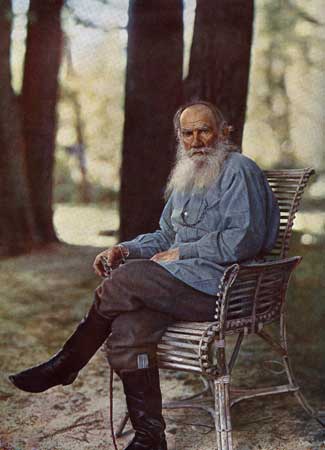 What should a poet do when he is really a poet of apotheosis and what would be his responsibilities as a poet?

Some critics write that society and the following exigencies create poets and decide what type of poet he should be but it needs deep probe how a poet should reconcile with society being a poet. The most important question about a poet is who made him a poet and why he is writing poetries; for whom he is writing; who presupposed his style and diction? Why does he think he should write poetries?

Moreover, poets are always thought as other worldly all thanks to their flair to weave stories out of thin air. But they really are not other worldly and are same as anyone else barring their proneness towards thought. But a poet banks on forms and content to express his experiences and feelings. Herein lies the rub. The poet is always mindful before choosing a form to write poetries in. As said before a poet is always in a struggle to indite his experiences and emotions but one thing needs to be clarified and that is emotions are fickle, layered and rife with irresolution. How a poet knows which emotion should be siphoned off which channel of form. American poet Robert Frost affords a quite suave answer. He writes, ” “Poetry is when an emotion has found its thought and the thought has found words.” So another enervating challenge for a poet is to critically identify his emotions and be careful about the form into which he is incorporating the emotions.

The reason behind writing all the above material is to understand what constitutes poetry and the life of a poet while reading, letters to a young poet, by a great Austrian poet Rainer Maria Rilke. Franz Xaver Kapppus is a new admit to a military school to become an officer in military, where Rilke was once admitted and grossly loathed it, but he is also a poet and is in an imbroglio to reconcile with poetry and better understand the very wee niceties of poetry. He decides to write letters to Rainer Maria Rilke who was one of the finest poets of that period to assuage his curiosity and abate the mounting anxiety. He writes his correspondence with Rilke lasted until 1908 and after that gradually trickled into nothing. But the good news is that he saved ten letters which later became bible for would-be poets. The letters published by ILLQA publications Lahore only contain the replies of Rilke but not the questions of Kappus. The letters were initially published in 1929.

In the first letter Rilke writes to Kappus that the poetries he has sent have no individual quality. By this we can surmise Rilke was enamoured of the idea that in poetry an individual voice is desired and that makes great poetries. He adds there were numerous foibles but he is unable to make him understand – as he writes, without however being able to give a name to them. It would be apposite to quote a paragraph of the letter which is equally cardinal for everyone who is in his precocious period of writing poetry. For me as well. Rilke writes,” You ask if your verses are good. You ask me this, and have asked others before me. You send them to journals. You compare them with other poems, and are anxious when certain editors reject your efforts. Now I beg you to forego all this. You are looking outwards, and that above all things you should avoid right now. No one can advise or help you, no one. There is but one remedy. Go within. Find the reason that you write; see if its roots lie deep in your heart, confess to yourself you would die if you could not write. This above all, ask yourself in the silence of night: must I write? Dig deep for an answer. And if it should be in the affirmative, if you can meet this solemn question with a strong and simple I must, then construct your life in accord with that need; your life in its most trivial, its least important hour, must be sign and witness to this urge.”

What Rilke has presciently suggested to Kappus is very important for all of us who are in a fret to become good poets. However, when one begins to write verses what one does is peek outwards perpetually and calls time on his soul or heart whence the very verses originate. In simple and perspicacious terms, Rilke caters to all the questions which I have propounded in my first paragraph of this piece. He categorically admonishes, quite benignly, Kappus that forgo all the disconcerting and disheartening questions of how his poetries are and how he should write. I have always believed in writing poetry no one can help you and for that you have to careen inside and ask yourself this simple interrogative question: Must I write? More or less, Kazuo Ishiguro in his Nobel lecture also denoted this same phenomenon in these words: ” I would say particularly in the world as it is today, you have to ask yourself: Do you really want to write or do you want to be a writer?

Writing poetry is a very subjective phenomenon where you have to unleash the very small observations, experiences and feelings which you have gleaned from society as well from deep meditation. But the ravishing poetries are those which everyone must understand and comprehend. Nonetheless, it is essential to flag Art as to what it is? Leo Tolstoy at the last period of his life wrote a book called what is Art? Which discusses the essentiality and meaning of Art. Art, writes Tolstoy, does not belong to a particular class of society but Art is that whereby everyone shares feeling and identifies with. Moreover, Tolstoy does not define Art as a tunnel which will lead you head-on towards beauty, entertainment and aesthetics but as he writes in his book Art can express moral values as well. Tolstoy believes Art is circumscribed with the formula of Art pervading beauty and entertainment. His view is that Art should be intelligible and comprehensible. According to Tolstoy, good art is intelligible and comprehensible. Bad art is unintelligible and incomprehensible. But contrary to that W.B Yeats writes that what can be explained is not poetry. Of course poetry is art. Notwithstanding that, what Tolstoy is indicating in this is that if art is not defined as what is intelligible and comprehensible then everything cryptic and ambiguous would be counted as Art which is in to untenable. In effect Tolstoy is smitten by morality and religion and he believes, quite contrary to modern theories, aesthetics values are defined by moral values.

Furthermore, Tolstoy’s idea of good art overlaps with that of Frost’s notwithstanding Frost wrote those lines for poetry. Tolstoy believes good art is always in keeping with form and content. While bad art is always extraneous and unfit with its form as if it is hurled into the body of the form. Quite disappointing but true, to Tolstoy Dickens even Dostoevsky with whom had several brushes are good artists. Baudelaire and Mallarme the prophet of modern symbolic poetry are bad artists. This is so because Tolstoy believes good art must communicate religious feelings, even though to a certain extent.

Surprisingly Rilke went all the way to Russia to meet Tolstoy. That being said, these all trappings are unsettling for a young poet. Should Kappus follow Tolstoy, Rilke or Yeats. This is the dilemma. The dilemma of the poet. I think all young poets should deeply brood over what Rilke had said. Otherwise, the labyrinth is perennial and the darkness stands to confuse. Rilke’s ideas to suggest a poet what to do are penetrating and far-sighted in two ways: one he is not juggling things so that it get literarily ambiguous as he is limpid: second he is pressing on the spontaneity and unadulterated fillip to write literature. This is in no means to discount what Tolstoy and Yeats or any other modern theorist has written but to consider in a conjuncture where it is essential to opt for tactfully clear things.

Moreover, in the third letter Rilke shrewdly suggests Kappus to abstain from indulging in critical things. Rilke writes, ” read as few aesthetic and critical things as possible – they are either partisan opinions, become hardened and meaningless in their lifeless petrification, or else they are a skilful play upon words, in which one view is uppermost today and its opposite tomorrow. Works of art are of an infinite solitariness, and nothing is less likely to bring us near to them than criticism.” The same idea is evinced by an eminent Baloch modern poet Amber sameen. Sameen writes, ” the critics are our surreptitious tailors and by their critical parameters they downsize our robe of art.”

But, nevertheless, the idea that the work of art is of an infinite solitariness is in itself apocryphal. This is the ethereal beauty of literature or Art where everyone ventures their definitions, thoughts and theories and they get greatly denounced, pilloried and in some bad times vilified but this does not stop the cycle of writing.

Another prime facet of this debate is that there is always a fast-paced and brisk desire in our heads that nudges us to find immediate answers to the profound questions. This is an impetuous and feckless act as the immediate answers are invariably informed by carelessness. In the similar fashion, Rilke writes to Kappus in his fourth letter, ” you are so young, you have not even begun, and I would like to beg you, dear Sir, as well as I can, to have patience with everything that is unsolved in your heart and to try to cherish the questions themselves, like closed rooms and like books written in a very strange tongue.” This charming and evocative way of educating a young poet is appreciated. Here Rilke has rightly noted inasmuch as we really do not invest much of our time pondering over our questions which is the most important part for ferreting intellectual answers.

On hard heels of this phenomenon we begin to gloat over our own selves and start accusing ourselves. Down this exigency Rilke suggested to Kappus, ” do not observe yourself too closely. Do not draw too rapid conclusions from what happens to you; let it simply happen to you. Otherwise you will too easily reach the point of looking reproachfully at your past, which is naturally concerned with everything that is now occurring to you.”