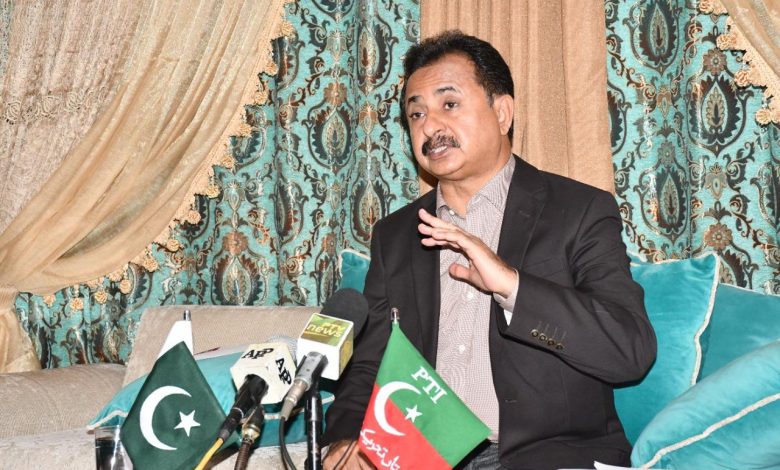 ISLAMABAD: On Thursday, Leader of Opposition in Sindh Assembly Haleem Adil Sheikh called on Federal Minister for Communications and Postal Services Murad Saeed at his office and discussed the prevailing political situation of Sindh province.

Haleem Adil Sheikh apprised the Minister on the unconstitutional actions of the Pakistan People’s Party in Sindh, province, said a press release. He also briefed the Minister regarding Sindh Local Government Ordinance and termed it undemocratic and black law.

Haleem Adil Sheikh requested Murad Saeed to raise his voice for the people of Sindh and against black law in the National Assembly. Murad said that he saw the victimization of Sindh police during his recent visit to the province.

Federal Minister Murad Saeed has accepted the invitation to visit Sukkur and Larkana on December 29 and 30. Murad Saeed said that the first-ever motorway was constructed by the PTI government for the people of Sindh.

The Sukkur-Hyderabad Motorway will soon be inaugurated. He said NNH is also building thousands of kilometers of roads in Balochistan. “Development of small provinces is one of our priorities,” Murad said.