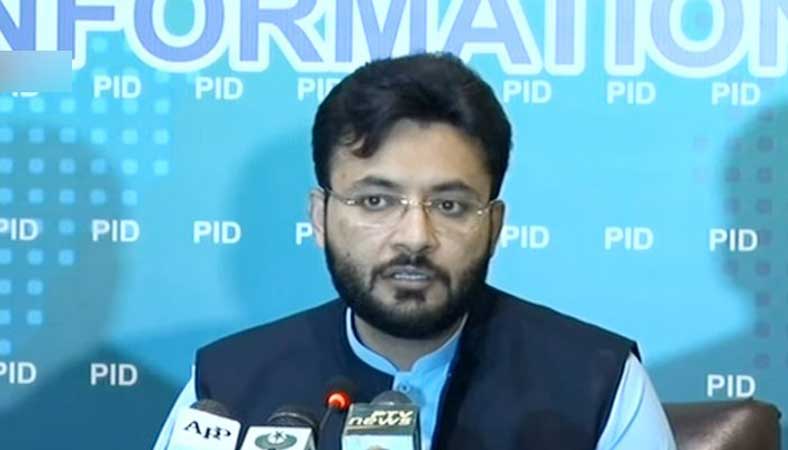 Minister of State for Information and Broadcasting Farrukh Habib said on Wednesday that Prime Minister Imran Khan has been taking steps for the betterment of the country and future generations irrespective of political considerations.

Addressing a workers convention here, Farrukh Habib said the government under the leadership of Imran Khan has abolished the class education system and implemented a uniform education system across the country.

He said this was a landmark achievement as no serious effort had been made in the last 70 years for a uniform education system.

Similarly, he said that no dam had been built in Pakistan after 1967 and the present government has started work on 10 major reservoirs including Mohmand Dam, Dasu Dam, Sindh Barrage.

Farrukh said completion of these projects will generate 10,000 MW of cheap electricity and provide 13 million acre-feet of storage.

“These projects will be able to store as much water as we had in the last 70 years,” he said.

He said that Health Insaf Card has been issued to the entire population of Khyber Pakhtunkhwa and its distribution has been started in Punjab.

He said that during the 1992 world Cup the experts believed that the national cricket team was weak but captain Imran Khan proved them wrong by winning the 1992 Cricket World Cup.

Similarly, he proved those wrong who used to say that Shaukat Khanum Hospital will not become a reality, now see that two more cancer hospitals have been built in Peshawar and Karachi.

He said that the people of Pakistan donate Rs 10 billion annually to Shaukat Khanum Hospital through which the poor were being treated free of cost.

Imran Khan, he said, was always against coming to power through the back door and he lit the candle of change and new Pakistan, and waged struggled for 22 years, and conveyed the message of ‘justice’.

Farrukh Habib said that Mianwali was going to be a complete knowledge city with Namal University.

He said the PTI enjoyed popular support, besides centre, it was ruling Punjab, KPK, Balochistan, Azad Jammu and Kashmir, Gilgit-Baltistan.

The minister said that two lacs scholarships have been given under the Ehsaas Program.

Farrukh Habib said that PM Imran Khan did not build flats for himself through TTs and fake accounts abroad but focused on providing roofs to the poor people.

He said the present government has built 1700 km of roads in 3 years, KP was the only province that built its own motorway between Mardan and Swat.

He said that plans were afoot to build 6,000 km of roads Punjab’s development budget was Rs 635 billion during the PML-N era which has been increased to Rs 645 billion.

He said that 21 new universities, 8 hospitals were built in Punjab, and work on canal projects worth Rs150 billion was in full swing.

He said that unfortunately, those who ruled the country three times were spreading frustrations, whereas PTI was giving hope to the nation.