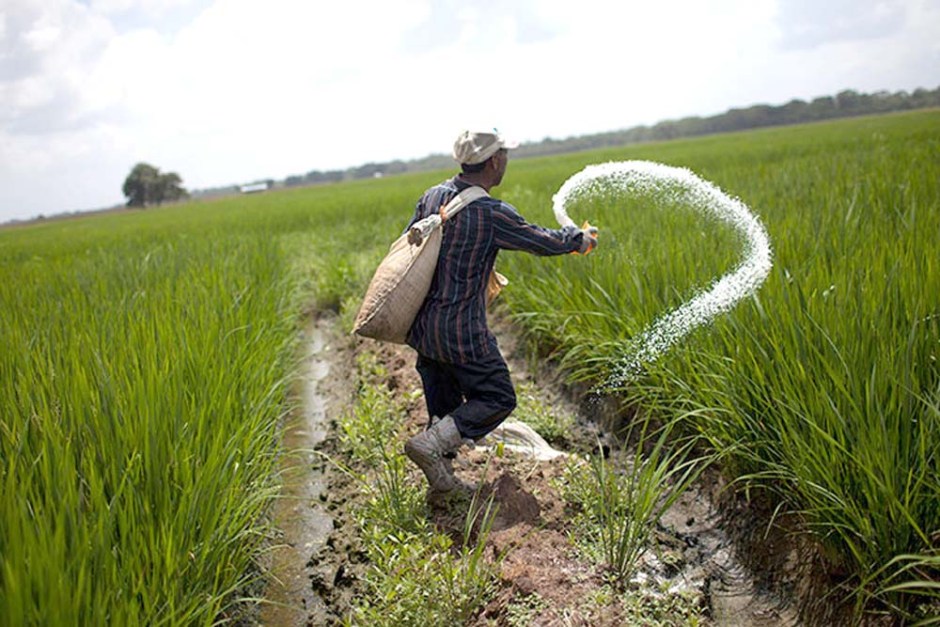 LARKANA: Small farmers and peasants in Larkana staged a protest against hoarding and black marketing of fertilizers on Wednesday.

The protesters staged demonstration and tried to forcefully enter in the wholesale shops of fertilizer Larkana.

The farmers were complaining that they stand in long queues for hours to buy fertilizer at wholesale shops but failing to get the same for their crops.

They alleged that the Urea and DAP, which have fixed government prices of Rs 1700 and 4000 respectively, are being sold on inflated rates of 2400 and 9000 to growers.

They alleged that the district administration has been complicit in the matter and acting as a silent spectator.

Inviting the attention of authorities towards the issue, they demanded government action against hoarding and black marketing of fertilizer.

It is to be mentioned here that the farmers are facing problems in getting the urea at the government’s fixed rate. Because of the wheat sowing season, the requirement for fertilizer increased significantly and the farmers were forced to pay extra amount to buy a urea bag.

However, even by paying additional amounts to the profiteers and black marketers farmers are not getting the desired quantity of urea from the market, which eventually affects the crop.