Asia markets hushed in countdown to fed lift off 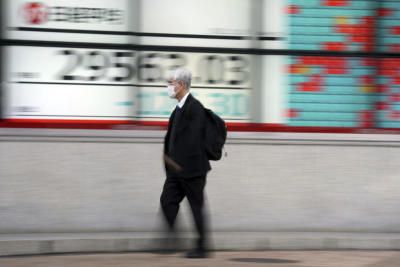 SYDNEY: Asian markets were precariously poised on Wednesday as the world waited to hear from the US Federal Reserve on when it would stop buying assets and start raising interest rates, possibly piling pressure on its peers to follow.

Futures have already priced in an end to tapering by March and a first hike to 0.25% in May or June, with rates approaching 0.75% by year end.

BofA’s latest survey of fund managers shows they favour an end to tapering in April and only two hikes in 2022, making them more vulnerable to a hawkish outlook.

Also vital will be the ultimate destination for rates given markets are currently priced for a peak of just 1.5-1.75%, a level that would likely not even top inflation.

“At its heart, there is an implied assumption that all the Fed has to do is tap the fed funds brake a mere 150bps, and the economy will slow sufficiently to break the inflation cycle,” noted Alan Ruskin, macro strategist at Deutsche Bank.

“Yet we have never had a cycle peak where real rates have not been above zero, which means the market’s expected terminal rate is too low and possibly far too low.”

Should Fed members agree and plot a much higher peak, it would challenge the lofty valuations of stocks and the slim yields offered by Treasuries. Right now, bonds are implying cash rates will average only 1.8% for the next 30 years.

The rapid spread of the Omicron variant is an added complication that could incline the Fed to be less hawkish, though recently officials have sounded more concerned about the persistence of inflation than the pandemic.

Whatever the Fed decides, it will set the bar for the central banks of the EU, UK and Japan when they meet this week, and add to pressure for further tightening in emerging markets.

Nasdaq futures and S&P 500 futures were all but flat in early trade, having lost ground overnight.

Treasury yields were a shade higher in the wake of an unexpectedly strong reading for US producer price inflation overnight.

Ten-year yields nudged up to 1.44%, but remain well short of the recent top of 1.693%. The yield curve continued its flattening trend as investors wager an earlier start to Fed tightening will lead to slower inflation in the long run.

The prospect of rising short term rates supported the U.S. dollar, particularly against the euro and yen where monetary policy is expected to lag.

The risk of rising cash rates has been a burden for gold, which offers no fixed return, and left it sidelined at $1,772 an ounce .