* Urges women to play a progressive role in society 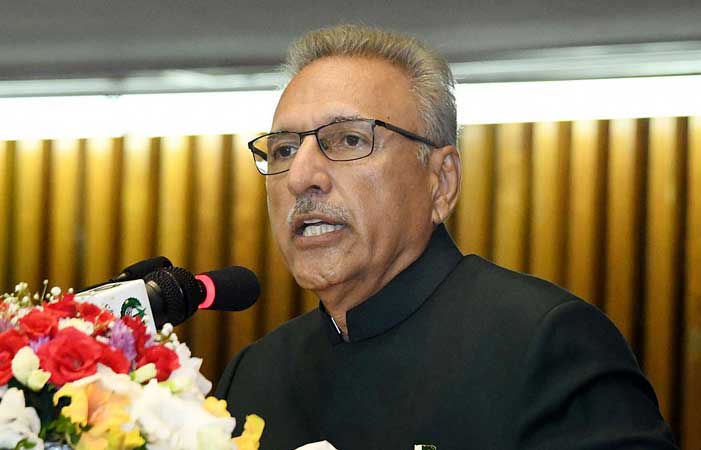 President Dr Arif Alvi on Tuesday visited historic Lahore Fort and inspected its various sections including the Picture Wall and Royal Kitchen. First lady Samina Alvi was accompanied by him during the visit. Walled City of Lahore Authority (WCLA) Director General Kamran Lashari briefed the President about the conservation of the Picture Wall and Royal Kitchen of the Fort.

Admiring the complex and intricate works of the Mughal-era, President Arif Alvi appreciated the detailed conservation efforts in preserving an important architecture of the history. The conservation work has been carried out by WCLA in collaboration with the Aga Khan Trust for Culture (AKTC). Earlier, WCLA Director General Kamran Lashari, Aga Khan Council for Pakistan President Hafiz Sherali, and others welcomed the delegates on their arrival. President Dr. Arif Alvi on Tuesday stressed the need of more educational opportunities to the women folk as the progress and development of the country was linked with their education.

He said the country needed educated youth that could contribute to build a progressive and healthier society and it was only possible through education for all. Speaking as chief guest at the 16th convocation of the Lahore College for Women University (LCWU) here, he said it was very unfortunate that the moral values were getting weaker in developed nations as they were running towards materialism. We are proud that cultural values in our country are contributing towards building a positive society and it is an asset for the people,” he said and termed cultural values an important component to live an ideal life.

The President said great leaders of the nation such as Quaid-e-Azam Muhamamd Ali Jinnah, Allama Muhammad Iqbal and Sir Syed Ahmad Khan also stressed the need for education to move forward, particularly the education of women was termed necessary.

Referring to the British laws, he mentioned that until the year 1904, women in the Britain were considered a property of her husband or father as she had no identity or rights at that time. Whereas, he added, Islam had granted women rights centuries ago. President Alvi also pointed out the dual role of the developed countries which always advocated human rights but did not take any notice of HR violations in territories like the Indian Illegally Occupied Jammu and Kashmir (IIOJK) and Palestine.

He said the present PTI government had made very important legislation recently regarding inheritance which would ensure provision of due rights to women. The President asked the passing out students to remain committed to their purpose of getting education which included raising a family and playing a positive role in the progress of

the society. The nation needed educated people as the development of Pakistan was also linked with the educated youth, he said adding there was a need of workers in nursing, IT and other departments in the country. He said that IT remained a big industry as there was tough competition in it and we needed to prepare more graduates to compete in local and international markets.

The President also asked the education authorities, commissions to work in that direction and enhance capacity for imparting education to maximum youth who wish to get education. President Alvi congratulated the passing out graduates and said the students should pay back the country with their positive and constructive contribution. Earlier, Dr. Arif Alvi gave away medals and certificates to position holder graduates of the university.